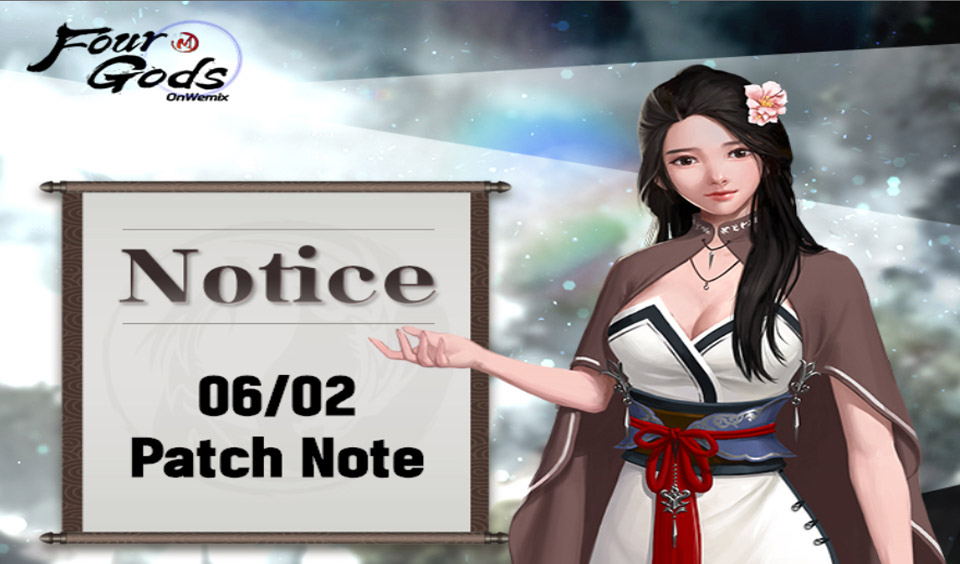 The updates include the Four Gods event, added packages and items, system improvements, and bug and error fixes. Here are the details of the updates.

When and what’s in the Event?

Four Gods announces its Green Gem Purchase event, which is scheduled to take place from June 2 to June 16, until the regular maintenance on the platform. The game platform announces that people that buy the Green Gem Package will receive an additional Green Gem as a reward.

To claim the reward, buyers should click the “Receive Rewards” button after completing the purchase transaction. You can get an Evil Elimination Gear when you buy 6,800 Green Gem. Another update on the event is the Tower of the Departed 1F Unlimited Pass Crafting Event.

The event is scheduled to hold from June 2 to June 9 at 11:59 pm UTC+0. The event is on a first-come-first-serve basis. Participants can craft the five Tower of the Departed 1F Unlimited Passes at each of the servers.

Items and packages added to the game platform include the following:

Four Gods game platform made some improvements to its system. They include the following:

Some areas where bugs and errors are fixed on the game platform include Lux Tokens, Material items, Aspect equipment, Warlord Glove’s HP stat, and display errors, among others.