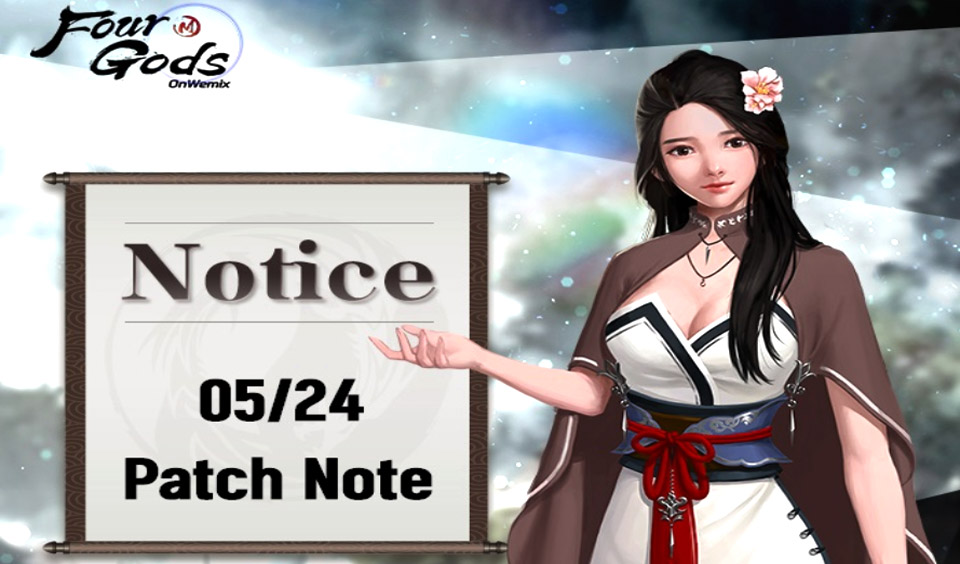 Four Gods, an MMORPG NFT-based game platform, has released the details of its latest updates, which are scheduled to take place on May 24.

The updates include compensation of pre-registration and community events, Green Gem First Payment, Item Purchase Event, Castle Hunting Red Gem, System Improvement, Added New Boss Equipment Packages, and Bug Fixes. All these have been put in place to help users have a more robust gaming experience on the platform.

Compensation for Pre-registration and Community Event

The pre-registration rewards will include Gold, Enhance Book, Guard Book, Defend Book, and Inventory Ticket. The rewards will be distributed to eligible participants through the in-game Mailbox and will be stored in the same Mailbox for just three days.

A total of 2,000,000 GOLDs are available for the Community Follow and Join Event Reward. Participants are required to visit the official website to access the Rewards Compensation.

The first set of payments for the 1+1 Green Gem Event will come to an end as soon as the maintenance begins on May 24. It is worth mentioning that individuals that bought the Green Gem packages for the first time will be paid double their investments.

The Castle Hunting Red Gem raise drop event is scheduled to take place after the next update maintenance. The Four Gods game platform has announced that the drop rate at Castle Hunting will increase by 1.5 times in the event.

The game platform will hold a Specific Item Purchase event on June 7 at 12:00 am UTC. There will be an extra 3,200 Green Gem available to users that purchase the 6,800 Green Gem Package.

The game platform has also made some improvements to its games. These improvements include deletion of the Main Quest, Adjustment of entrance level to Castle Hunting, Lower Exchange registration fee, Rate Max gain RedGems, and Ease off of the PK Value Penalty among others.