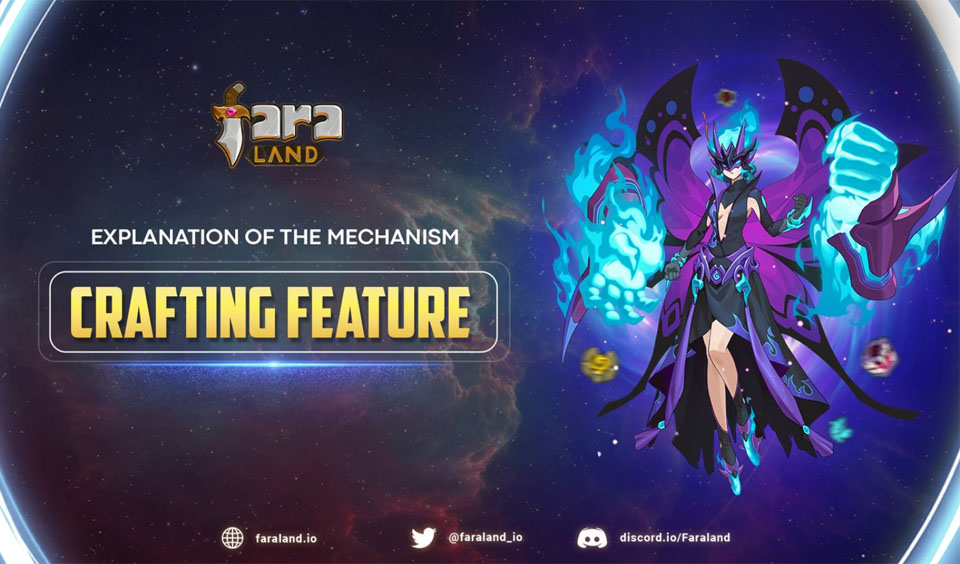 Faraland, a multiplayer RPG NFT-based Game on BSC has released a detailed explanation of its crafting mechanisms. According to the game platform, the crafting feature is an important aspect of its roadmap for 2022.

The same has been updated in the latest patch, which was done on May 19. Crafting will become an integral part of the in-game tokenomics development. The new feature will deliver a more immersive game experience to players in the Faraland world.

Lots of special equipment only available in this feature 🤩

When players complete mission quests, the new feature allows them to earn materials for crafting and the materials will be valuable in-game quests and PvE.

Highlights of the Crafting Mechanisms Feature

Here is a walkthrough guide to the new crafting mechanisms feature:

Materials: Materials are precious rewards awarded to players when they defeat monsters in some terrain. The level of the monster defeated will determine the rarity of the materials earned.

Crafting: All materials that players get can be accessed and withdrawn through Claim Portal. When you claim your materials, you can exchange and trade the NFT materials at the marketplace. It is essential to mention that players can also create new items when they collect ample materials.

Faraland is a role-play-based strategy war game available on iOS and Android. The game is developed by MoonKnight Labs on blockchain and players control the unique characters of seven races.

These are Humans, Elves, Orcs, Dragonborns, Fairies, Demons, and Angels. Each character has unique abilities, agility, intelligence, and strengths to fight with other gamers in the Faraland universe.