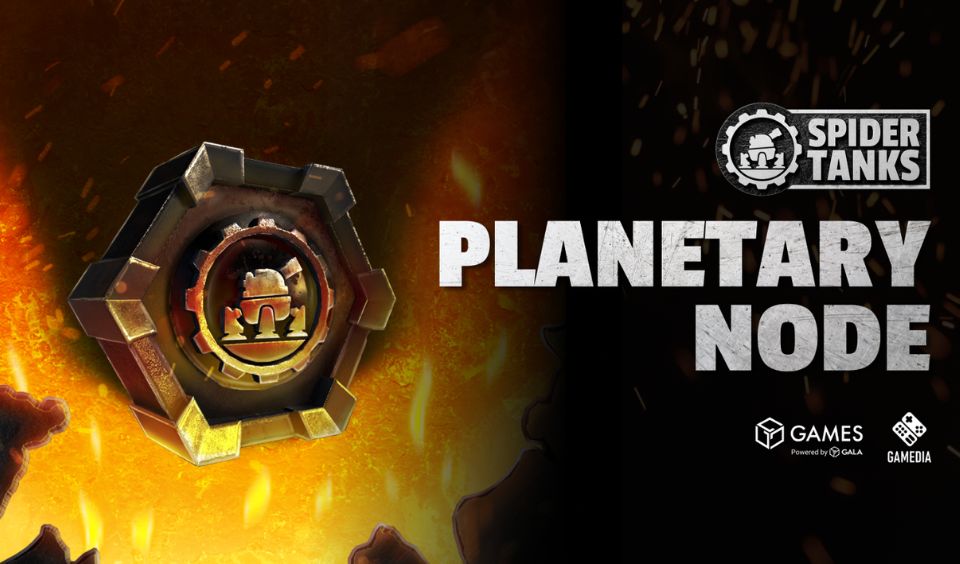 Gala Games has announced the Spider Tanks release date for the 31st of October 2022 – the first web3 PVP eSports brawler from the GYRI blockchain. This update comes after a recent public playtest featuring about 25,000 participants who engaged in more than 600,000 matches. A limited Planetary Nodes sale will kick off preparations for this launch. Users who purchase these links will operate similarly to DeFi blockchain’s validators.

All You Need to Know About Spider Tanks Release

As mentioned above, Spider Tanks is an eSports brawler that will test players’ skills in a competitive environment. Upon release, it will offer weapons, tanks and bodies that users can buy or trade in the store. There are two ways to engage in battles. Players can either be in charge as the primary Pilot, or build an army of tanks to fight for you. You can also own a PVP map and earn rewards when others take to duels on your virtual land.

There are currently six maps in the Spider Tanks game. They include old mines, tracks, boardwalks, a ruined jungle temple, a death canyon, and an arctic base. However, there will be more sections after the release takes place. Meanwhile, gameplay will feature the following:

idk about you, but when i see ‘node’, i immediately want to know more 👀#SpiderTanks #Node #Web3https://t.co/eLvqKDzZn9

The Spider Tanks planetary node sale will run from the 29th of August, by 2:30 PM PT to the 4th of September 2022. Interested persons can get it from the Gala Games platform by paying $GALA or $ETH. Investors will need to pay gas fees in $ETH, regardless of the tokens they use to purchase.

The floor price is $2000, which will be increased by $100 for every 100 licences sold. There are no upper limits and no max supply over this one week. However, the price will not exceed $5000, and nodes beyond #3100 will be sold at that fixed cost.