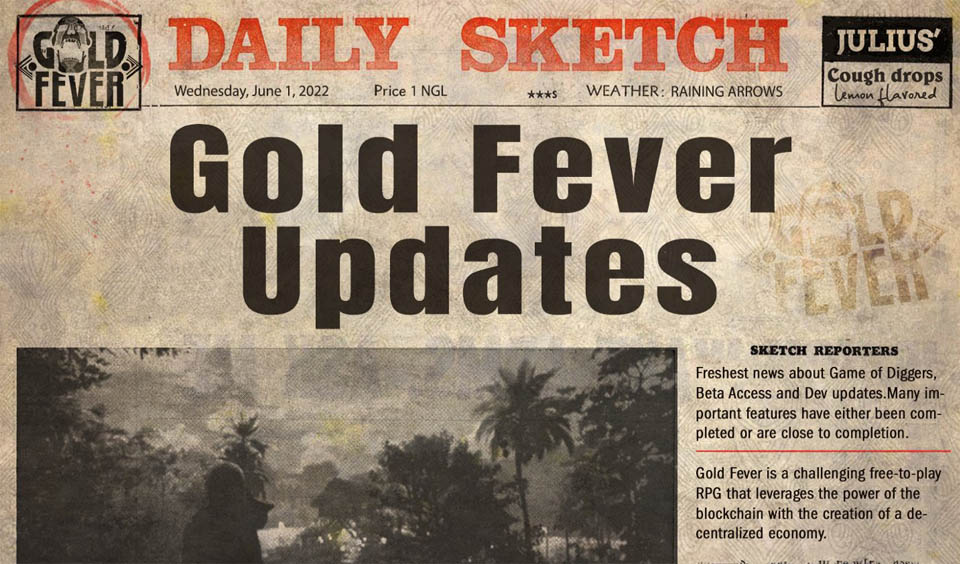 These updates cover Game of Diggers, Beta Access, and Dev Evolution. Here are the highlights of the updates made on the game platform.

A small update for all those interested in Game of Diggers, Beta Access and Dev evolution. https://t.co/r9Zi9EUYck pic.twitter.com/fIZp6XshIX

Highlights of the Status of GoD

Gold Fever has also announced that the Game of Digger event will close based on the initially announced date. There may be some adjustments to the playable weeks, which will depend on available qualified NGL holders.

It is worth mentioning that the prizes for the Game of Diggers will remain as announced. The game platform has also announced that holders of up to 500 NGL will access Beta Access when the GoD is released. They may also get testnet JULs, NFTs, or NGLs without feedback or bug hunting obligations.

Gold Fever has completed some important features, while some are almost completed. Here are the highlights of the feature progress on the game platform.

Some severe bugs are currently being worked on by the team. Here are some important bugs that are being actively worked on: