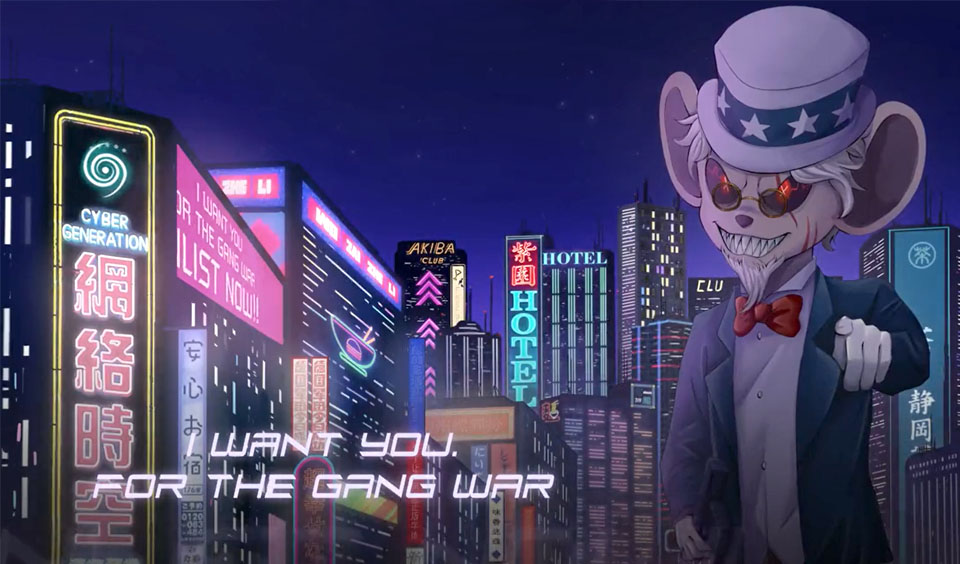 An on-chain MMORTS game platform, Gangsta Mice City, has called for registration of interested participants for its Demo Weekend. The registration process is currently ongoing and will close on September 16.

Individuals registered for the pre-mint will qualify for the 50 whitelist spots and 5 Free-mints Raffle to hold on September 16o. It is worth mentioning that the winning gang will receive a Legendary Gangsta.

Sharpen your blades, load your guns, and get ready for your first taste of war💥

Our demo weekend is just around the corner, so make sure you’re registered. You could turn the tide for your gang, so don’t miss out.https://t.co/KqvoJBIrUp
Deadline on Sept 16th 8 am EST pic.twitter.com/ReyEYwwFOr

More Information About the Game

It is a multiplayer online real-time strategy game on Polygon and Ethereum. It is split into three Gangs. These games will battle it out at the turf wards. The details of these gangs are enumerated below:

This is the feared and well-respected gang dominating the west part of Gangsta Mice City. They are an organized crime syndicate that offers order in the city. They are guided by the Bushido principles and for them, justice is fast and honor is supreme.

This gang lives in the northern part of Gangsta Mice City. They have a distinct way of life different from the rest of the gangs. Although they are not bothered about formalities, they expect members to remain loyal to the gang codes. Their ways of life are guided using mind-enhancing substances and experimentation with technological body alteration.

This is the biggest gang and the largest importer of drugs into Gangsta Mice City. They live in the eastern part of Mice City and are one of the most revered gangs in the city. The Cartel is known for bribing their ways out of situations and has bribed enough authorities to receive immunity.

What is the Gameplay for the Gangsta Mice City?

Gangs with more districts earn more rewards from the ecosystem in various prizes. The game platform has many elements that players can use strategically to increase the playability level of the game and prevent repetitiveness.

Some of these elements include complementary NFTs, power-ups, and time-based actions. The game is easy to play but hard to master.