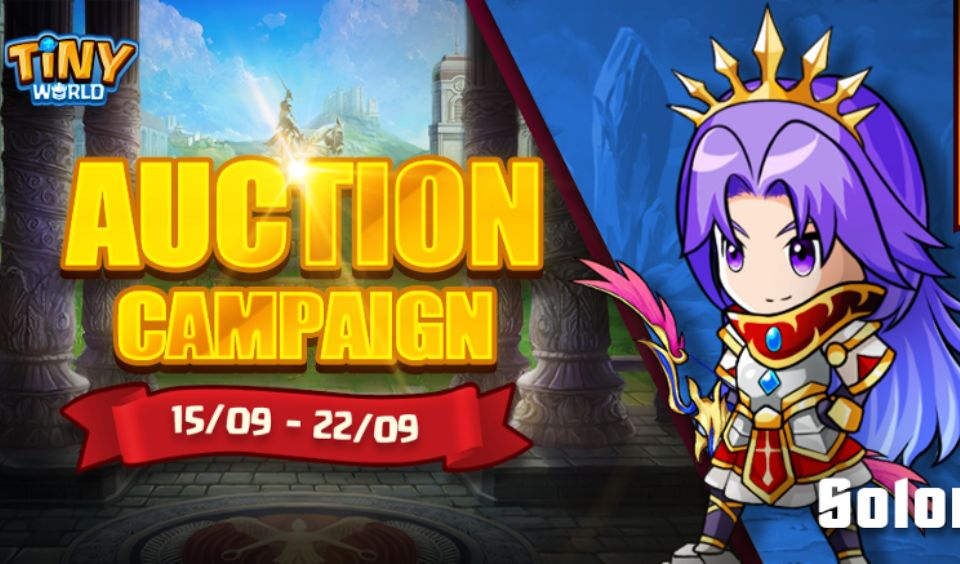 Tiny World is set to launch the UR Hero Auction campaign. This announcement follows the earlier release of Tiny Lord. The team will use this opportunity to unveil three new avatars to players. Even better, this event coincides with the season 27 edition of the gameplay launch. As such, players will get to try out these additions in this issue.

Details of the Tiny World UR Hero Auction Campaign

The Tiny World UR Hero Auction Campaign will go live by 12:00 PM UTC on the 15th of September. It will continue till 8:00 AM UTC on the 22nd of September 2022. During this period, the event will only occur once a week. Although there are three Heroes (Solomon, Catherine and Caesar), only the first will be available for sale.

In other words, only 1 UR Class Tiny Hero Solomon NFT will be sold. By the way, Solomon is the King of a Jewish Kingdom who is famous for this quote – “Before honour comes humility.”

This event will be an English Auction, where everyone places bids in line with the base price. This will continue all through the period stipulated above. In the end, the investor who issues the highest amount will receive the assets. The winner can claim the NFT through the action landing page when the exercise is over. According to the announcement, the starting price is 10,000 $TINC.

This also implies that only $TINC will be accepted as payment during the activity. When the sale begins, buyers will have to place minimum bids of %20 markups of the base cost.  All the cryptocurrencies generated from this event will be burned to increase the value of their utility token. More so, the team did not give additional updates on the sale of the other heroes. As such, everyone expects that there will be further announcements.

Following the end of season 26 on the 15th of September, Tiny World is launching the 27th edition. In the just concluded series, participants won 500,000 $TINC weekly for finishing as top scorers in one of the 3 leaderboards.

Similar to the last version, this season will feature 3 weekly leaderboards. However, the announcement did not state if the rewards will be different from the prior series. Nonetheless, the team are promising to launch more activities soon.

Faraland Issues The Weekly Update for October 3rd to 10th