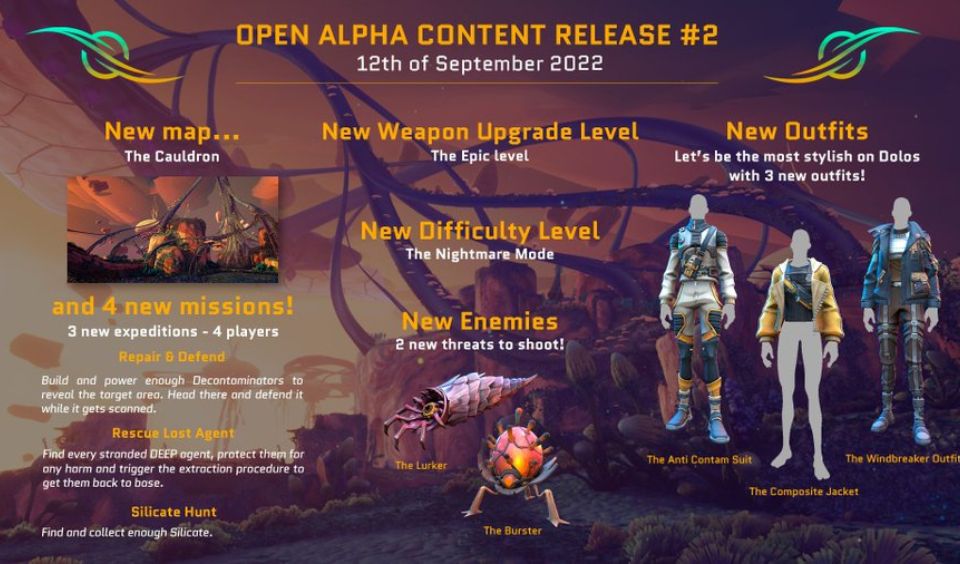 Life Beyond is introducing new content to users to ensure more immersive gameplay. According to the announcement, this update brings the project closer to its goal. This involves settling on Dolos and improving gamers’ grasp of this virtual universe. Soon enough, members of this community will have better control of this space. This includes developing and bringing life to these long-forgotten lands.

Agents! Grab your gear and get ready for a ride because the new content is now available! 🔥

It’s time to show us what you’ve got. 💪https://t.co/1pfBtPKOUm pic.twitter.com/oATp26ZumR

This update also emphasized the importance of DEEP – a blueprint that will foster the necessary evolution. The monitoring systems of this mechanism will drive the rise in human activity within the fauna. However, it will also make the creatures that hound these areas stronger. Even worse, players may encounter more dangerous animals that pose more significant threats to global densification.

Despite the possible adversaries, players should not be to be discouraged.  The reason is that this mechanism works in their favour.

To enable players make the most of these experiences, Life beyond is initiating some new content to the course of gameplay. One of such addition is the introduction of Expeditions on a new map. This is in line with Deep Agency’s expansion into the metaverse. The team is keen to continue exploring the new territories. However, these new lands are not given but taken.

To achieve these initiatives, the team is working with new agents. These are individuals that will head into these zones and own them. Everyone is advised to engage in the battles first or be forced into them. For the records, players are the agents in this case.

3 new expeditions are coming to Life beyond, and each has its storylines. They include Repair and Defend, Silicate Hunt and Rescue Lost Agent. In addition, 2 new enemies will only appear in these new modes that will be launched too. These adversaries include the Lurker and Burster. The former is a small and aggressive creature that explodes and kills itself when it gets close to you. While latter is a borrowing animal that suddenly appears from underneath the ground and unexpectedly attacks you.

Not to worry, you will be adequately empowered to deal with the new threats. Below are some of the weapon NFTs that will be dropping in this latest update:

How much can I earn playing Sweatcoin (SWEAT)? Is it better than STEPN (GMT)?