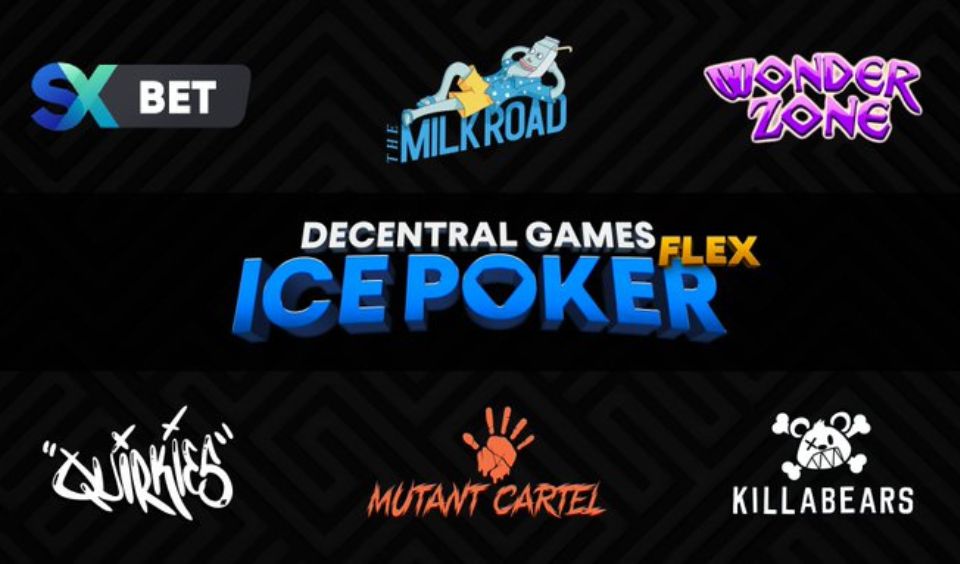 Decentral Games is ushering new forms of gameplay to players. They include the ICE Poker Flex and the Tournament mode. In addition, there will be several events to celebrate the launch of these gaming aspects. While unveiling these initiatives, the team also listed the partners it currently works with to scale growth. More so, the announcement further hinted at future collaborations.

Decentral Games ICE Poker Flex is a new progressive web app that lets users play games on any web browser. This includes those on mobile devices, like phones and tablets. Before unveiling this platform, there were six beta tests to determine the functions of different attributes. The soon-to-be-released wearables will reflect their efforts and appreciate those who joined these trials.

Despite the early announcement, this new feature will not be available for all aspects of gameplay. Instead, the devs will be deploying this for use in tournament mode. If this trial succeeds, the Challenge Mode will be added to this application. Speaking of the tournament mode, there will be a competition that will run for one month.

However, participants will need to own an ICE wearable before participating. These assets include a Flex or All Access Wearable. Each of these items gives access to both the tournament and other platforms. You can purchase them on the Decentral Marketplace at the cost of 1,000 $ICE per NFT. Furthermore, each of them offers a low-cost point of entry and affords their owners with 9 Shine.

Following the passage of an earlier proposal by the DAO, there will be a tournament from the 12th of September to the 11th of October. This will be a Sit-n-Go single-elimination tournament mode. Players who emerge victorious will earn badges that they can trade for other prices like wearables, tokens and Shine.

Meanwhile, the announcement issues a breakdown of the prize pool for participants. According to this update, the first 50 players to claim a Pharaoh All Access wearable will get $200 worth of $xDG. Meanwhile, here is a breakdown of the benefits for the different rankings in this competition:

Meanwhile, there will also be the following payoffs for the top earners with the most badges:

These rewards will be distributed after the competition ends on the 11th of October.