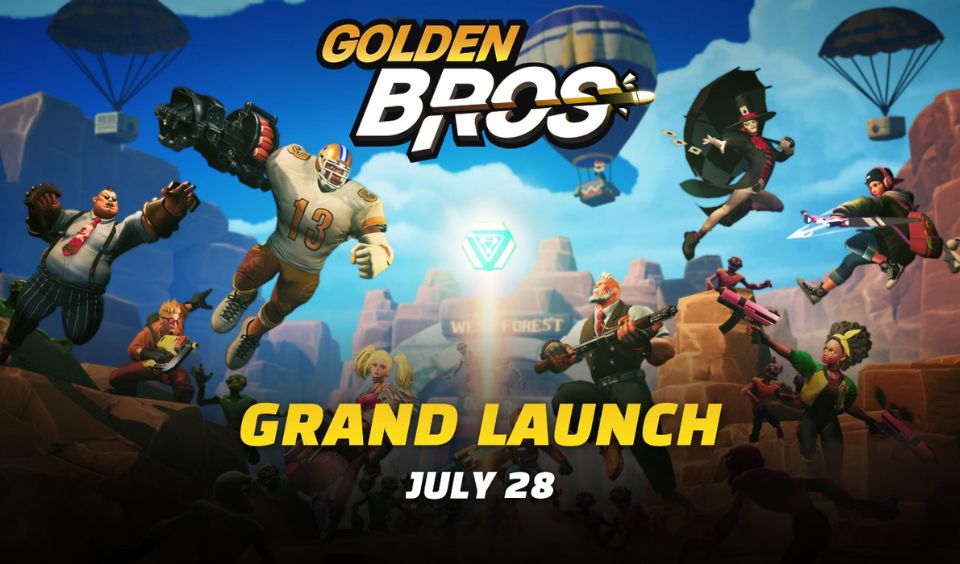 Cube is proud to announce that the Golden Bros Grand Launch date is the 28th of July 2022. The company will introduce the complete version of this game by 00:00 UTC. This comes after working on the tokenomics for the past three months, using data from the Early Access Period.

Hey BROS! We return bearing the news you’ve all been waiting for: The global Grand Launch of Golden Bros 🎉

To increase anticipation, the team gives insights into what to expect. According to the press release, this will help players understand the new economic structure. This move will increase the demand for GBC and drive up its value. This is because there will be more use cases for this token.

Once the Golden Bros Grand Launch goes live, it will be available in more than ten languages. They include English, Japanese, Chinese, Taiwanese, Spanish, Russian, Portuguese, Indonesian, Thai, French, and German. Furthermore, the Golden Bros blockchain will only function well on the CUBE launcher.

Below are some features to expect from this new product:

While this is the grand launch, the decisions in this update are not final. As mentioned earlier, they are the results of the feedback from the early access. There will be substantial changes (if necessary)  going forward.