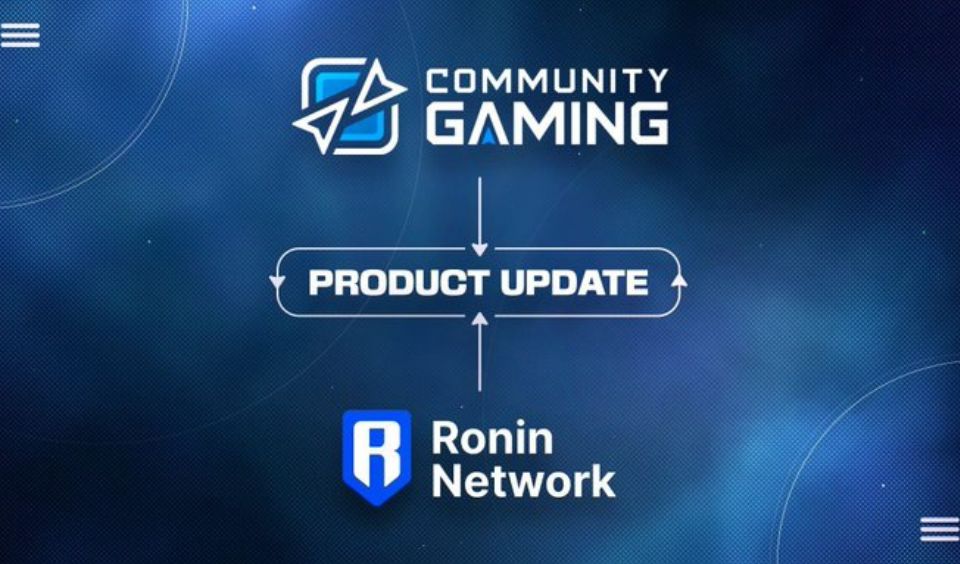 Community Gaming is collaborating with Ronin Network for the launch of the Axie Global Championship. This announcement comes after Axie Infinity chose the automated esports gaming platform to organize the Road to Axiecon contest. Following this partnership, there will be an expansion of certain features. CG is the first third-party application to connect directly to the Sky Mavis-owned blockchain.

We are officially fully integrated with the @Ronin_Network to support the upcoming Axie World Championships!

Users can now participate in fully automated @AxieInfinity tournaments and receive their prizing directly to their Ronin Wallet.https://t.co/uKNgKyrlVY pic.twitter.com/vvaxhusDmf

Speaking on this collaboration, the Program Lead, Esports and Creator at Sky Mavis could not hide his admiration. Here are the words of Andrew Campbell:

“Since we began working with Community Gaming last year, their team has impressed us with a high level of execution, organization and capability. They have proven excellence in designing competitive systems and are battle-tested partners in supporting third-party Axie tournaments. It made perfect sense to work with Community Gaming to launch our flagship series for Axie Esports.”

Details of the Community Gaming and Ronin Network Integration

As part of this integration, tournaments hosted on the Community Gaming platform will now hold on Ronin Network. In addition, players participating in such competitions will receive $AXS and $SLP prizes. More so, these rewards will be distributed directly to their Ronin Wallet. On their part, CG will oversee all Axiecon experience in Barcelona from the 7th to the 10th of September. This will include preparing the on-site for the Origin BYOD Series. They will also ensure that the Origin Stadium Series is open to all attendees.

As mentioned earlier, the tournament organizer will initiate upgrades that will enable them to run larger events. With these modifications, they can host more than 4,000 players in single elimination and Swiss bracket competitions. In addition, the platform will now be able to arrange tournament results in a better format. Such that the webpages will load optimally on both desktop and mobile versions.

Speaking of changes, there is a new “Ready Up” element that will help make tournaments run smoothly. It comes with an option for reporting the score from Matchroom. Many other features will also empower the administrators and make in-contest permissions more flexible. Asides from the permissions, organizers will also have more control that they will need to support players properly.

There are also plans to introduce more attributes over the coming months. They include more wallet integrations, Solana tournaments, digital collectable tournament prizing, and revamping the invite tool. Users should also anticipate the launch of a Community Gaming’s Questing System.