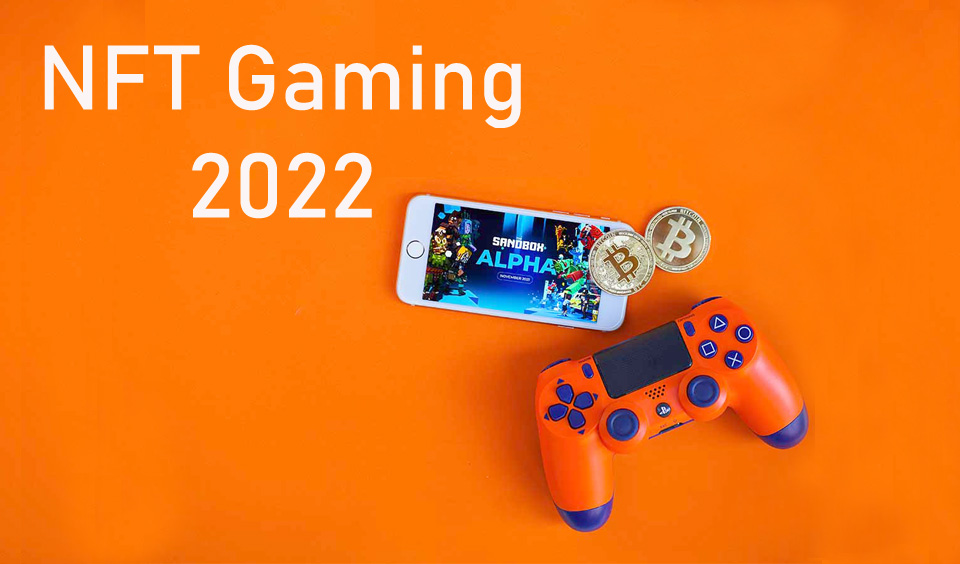 NFTs are a big trend in the gaming and crypto world today and it is not showing any sign of slowing down anytime soon. It has steadily grown in popularity among cryptocurrency investors and today, it is an industry worth more than $7 billion. Suffice to mention that earlier than 2021; the market cap was about $55 million.

However, it jumped to over $7 billion in 2021, which points to about 90% growth within a few months. Now, that is significant. Although the number sounds huge, it is interesting to note that only a handful make up the largest chunk of the figure.

For instance, Axie Infinity, a leading NFT-based video game built on the Ethereum network traded over $1 billion in August of 2021. This is only one blockchain-based game from the hundreds in the market. So, what are these big NFT-based game platforms doing right? It all boils down to innovation.

Top Innovations that will Drive NFT Gaming Success in 2022

VR and AR are undoubtedly the future of gaming. They offer an exceptional gaming experience beyond what a 2D screen could ever do. Of course, these technologies are not in the mainstream and there is a lot to be done before they become fully operational.

However, AR applications on Smartphones would become famous in some industries before Virtual Reality gets into the mainstream. The game industry was given a foretaste of what this technology would deliver when Pokemon Go was introduced.

The truth is that AR will provide holders the ability to connect their NFTs to physical locations. In the not-too-distant future, NFT holders would be able to visit a physical location where they can interact with an NFT object.

With AR and VR, NFTs will become real with physical essence. It will become possible to see an NFT, check it, buy it, and use it. NFTs will offer richer and better user experiences than they currently do with digital art NFTs.

When they are connected with a virtual world, 3D gameplay with functional NFTs will revolutionize the game industry and ultimately drive the success of NFT gaming.

The MOBA game genre is currently the in-thing. Pokemon, Mobile Legends, and League of Legends get over one million downloads every month. This is accompanied by millions of revenues being generated by their marketplaces. Although the games in this genre have been highly successful, they are still built on a centralized architecture.

Additionally, they are old and there is a need for innovations in the domain. Without a doubt, MOBA evolution is looming. Many blockchain-based MOBA games are being developed and will soon disrupt the game industry. League of Ancients is one of such upcoming games. Many more are coming and the evolution of MOBA is inevitable.

The great thing about the new generation of MOBA games is that developers are returning power to the hands of the players. Some of these games will be free to play and players will have the opportunity to earn while at it. Players can earn NFT assets and currency by participating in battles.

These assets can be used in the game and can be traded at the in-game marketplace to other players. Many games in this genre are coming up in 2022 to disrupt the market.

The distribution of rewards is crucial to attracting players into a game’s ecosystem. Without a doubt, the gameplay is crucial. The ownership and dividends promised for the time invested in a game platform are also critical. The rewards that players get out of this investment will determine how well they remain in tune with a particular game platform.

The P2E distribution model is very attractive because it offers compensations for gamers’ time. However, some blockchain-based game platforms are looking to take this to the next level using the new share-to-earn mechanism to offer more incentives to players.

More game platforms could embrace the share-to-earn mechanics over time. This will encourage more adoption of NFTs and ultimately drive growth.

The interest in NFTs is growing in leaps and bounds. Developers are beginning to build infrastructures required to contain the huge secondary market for assets. This year, NFT games are likely to get to the mainstream with many cryptocurrency investors owning the assets.

NFT gaming is based on the concept of play-to-earn, the attraction that will keep players attached to an NFT metaverse is not just the NFTs in themselves. It is the real innovation in mechanics and gameplay that will sustain and drive NFT games.