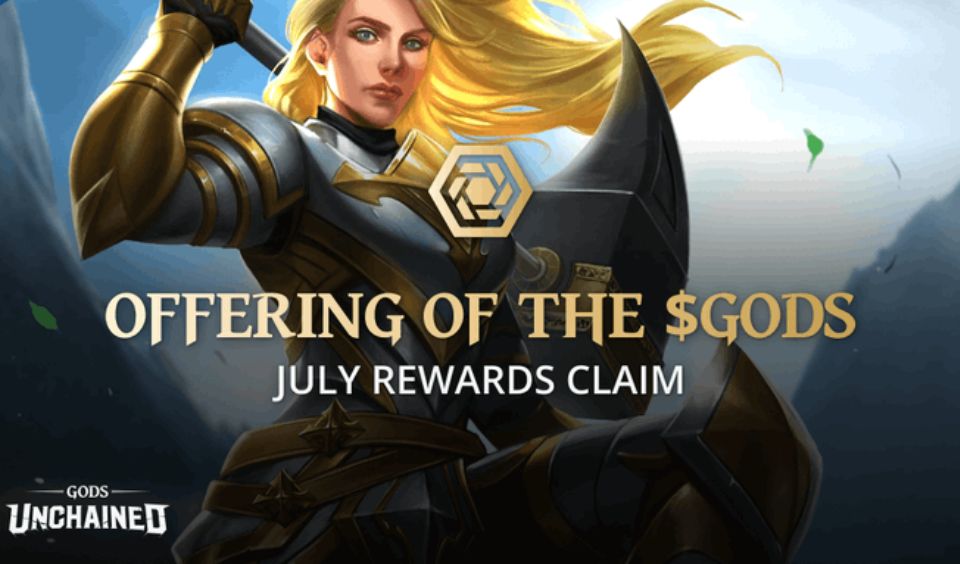 Gods Unchained ran several campaigns in July, where many users emerged as winners. Following the conclusion of these promotions, the team distributed rewards to those who won. There is a reward pool of 35,000,000 $GODS available for grabs. Of this sum, players have already earned 21,023,997.95 units of the game’s governance token.

🎁 GM Mortals, July Ongoing Rewards are ready to be claimed 🎁

🤩Claim: https://t.co/gViScM75ty
❤️ if you’ll be claiming your tokens today!

How to Retrieve Your Gods Unchained July Rewards

Following this turn of events, Gods Unchained issues a tutorial on how players who have not claimed their July rewards do so. The campaigns from Gods Unchained include the Weekend Ranked and Offering of the Gods. These different initiatives have their respective criteria that participants will need to meet. More details of these various contests are as follows.

The Weekend Ranked is a contest that runs from Friday at 5 am PDT/4 am PST – Monday at 5 am PDT/4 am PST. Users will challenge others and rise through the ranks. Those who finish at the top of the leaderboard will receive $GODS, equivalent to their position. Players can retrieve their earnings at any time. However, everyone must claim their benefits before 23:59 PDT on the 31st of October 2022. Anyone who fails to do so will forfeit their tokens.

Below is a step-by-step guide on how to claim your rewards:

Offering of the Gods

Unlike the contest listed above, Offering of the Gods is for investors holding $GODS. They are also not limited to weekend contests. Investors will earn Ongoing and Surprise rewards. The surprise rewards are for those who meet specific criteria. Those in this category will receive their benefits over four periods. For the Surprise Rewards, it will also be for users who meet the necessary measures. However, their rewards are distributed once and for all.

Below are the steps to redeem your prizes:

Update on Past Events

While issuing the claim tutorial, Gods Unchained gave insights into past token release events. This includes the Retrospective Rewards, Retrospective Flux Rewards and Blessings of the Gods that ended on 28 April 2022. After appreciating the participants who had redeemed their tokens, the team urged those who hadn’t done so to make their claims before the 31st of October 2022.