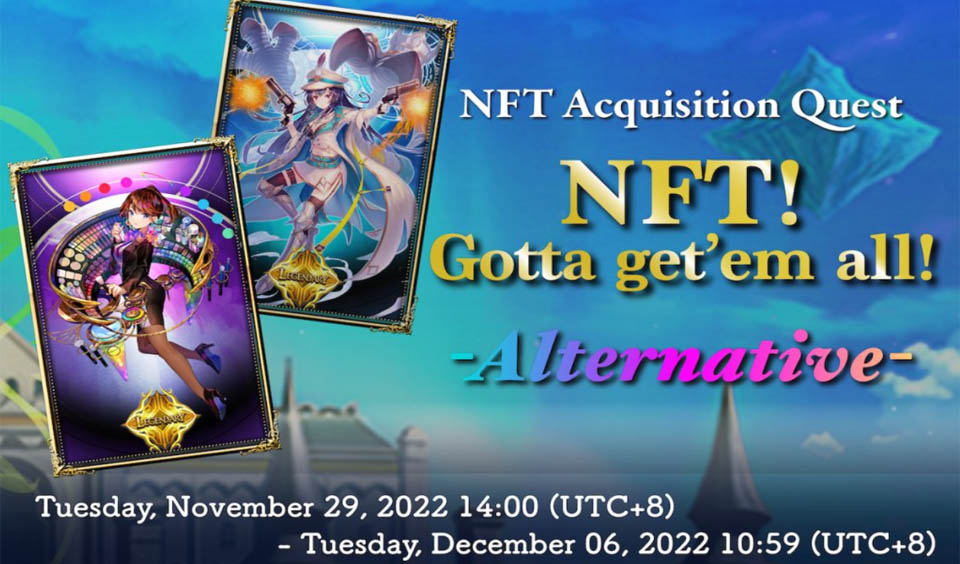 Job Tribes, the world’s first workplace role-based blockchain game, has announced the launch of its NFT Acquisition Quest Alternative campaign. The event is slated to start on November 29 and run until December 6.

The quest requires participants to spend DEP and stand a chance to win rewards. According to Job Tribes, the rewards for the NFT Acquisition Quest Alternative will vary based on the result of the quest.

We are pleased to announce the details of #JobTribes "NFT Acquisition Quest ALTERNATIVE"!

They will range from a Great Victory, which is for the players that win within two turns, Win, and Loss. As participants spend DEP tokens, it will launch a battle and the result will determine the reward. This can be an amulet or an NFT.

Highlights of the Quest and Rewards

1000 DEP Quest: The game platform mentioned it will drop an Amulet or an NFT at this stage. The NFTs earmarked for the events include Legendary NFT, Epic NFT, Rare NFT, Common NFT, Legendary Amulets, Epic Amulets, Rare Amulets, and Common Amulets.

Each category of the NFT and Amulet has different items under them, including Immigration Control Officer, Beauty Adviser, Painter, Flower Designer, Aromatherapist, Aquarium Keeper, Ninja, and Copywriter.

They also include Meteorologists, sommeliers, Strawberry Farmers, Bakery Staff, Mandarin Orange Farmers, and Journalists. These items are categorized as Water, Thunder, Earth, Nature, Fire, and Poison. Each item is used for different purposes to gain a competitive edge in the game.

Important Details on the Quests and Rewards

According to Job Tribes, the drop list and probability will depend on the inventory status at the launch of this event. It is also worth noting that the availability of NFTs is limited. Therefore, it may run out of stock during the event.

The game platform also mentioned that the quest may end earlier than the scheduled timeframe if the NFT inventory runs out. When the stock level reduces, Job Tribes said it will add new NFTs to the inventory.

The game will notify participants through its announcement platform if this happens. In another news piece, Job Tribes mentioned its Amulet Gotta get’em will be available from November 22 to November 23. It further revealed that the special quests are now available. However, they are limited to once daily for the next six days.