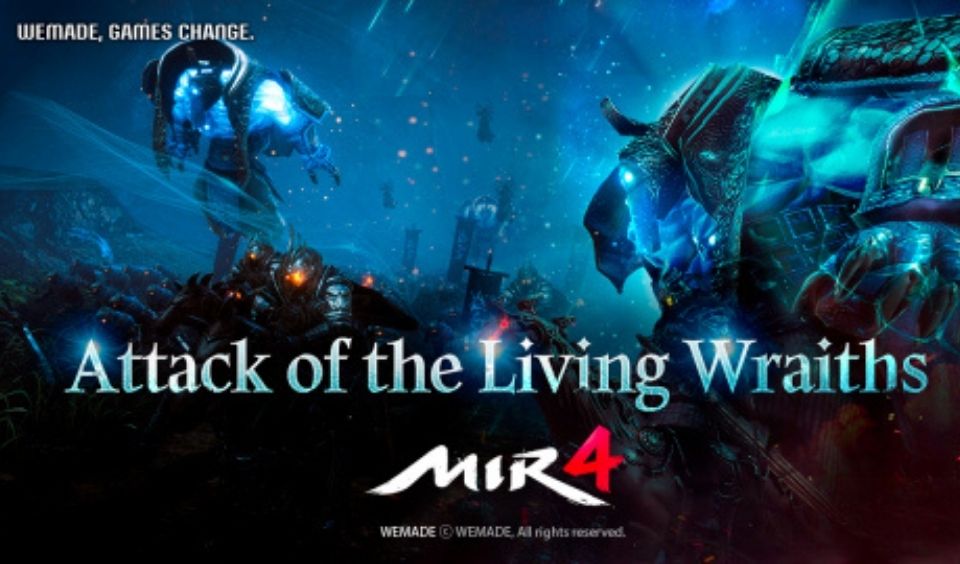 Fans of adventure blockchain games are definitely joyous with the announcement from Wemade Co. Limited. Wemade Co. releases more battle content to the MMORPG on the 5th of October 2021. The game publishing outfit releases enticing battle content called Attack of the Living Wraith in its latest update. This update will see players fight fierce battles against monstrous creatures, semi-bosses and bosses.

Attack of the Living Wraith will hold every Thursday, from 10:00 to 11:00 PM local time. This event will hold in the fourth floor in Bicheon, Snake, and Redmoon Hidden Valleys. Players who want to partake in this update will have to join in at the exact time and location. Should players win these battles, they will get rewards in the form of treasure chests. These rewards include Mystic Enhancement Stones, Blue Dragon Statues and Epic-grade Dragon Material.

That is not all, because the going gets tougher with each victory. Player who defeat certain monsters will get the opportunity to faceoff with semi bosses. Defeating them increasing the amount of rewards the player will get. Also, those who defeat the semi-boss monster may also get a chance to challenge the boss monster. There are no assurances, as Wemade Co. did not give much details about the named monster that will spurn semi-bosses and bosses. 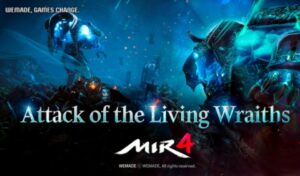 Wemade is promising more features despite just recently updating the game. It announced its plans to include a character change as well as the release of a new character (Arbalist) in November. In this regard, players will be able to switch between Warrior, Sorcerer, Taoist, Lancer, and Arbalist (when it is released in November). More interesting about this change in character is that players get to keep the character’s abilities and strength.

Players who use the Arbalist (the new character) will perform long-distance attacks. This is because the new character will possess an improved cross bow and martial art prowess. Wemade expects many players to switch to the Arbalist by its release in November. This will be due to its extreme destructive power.