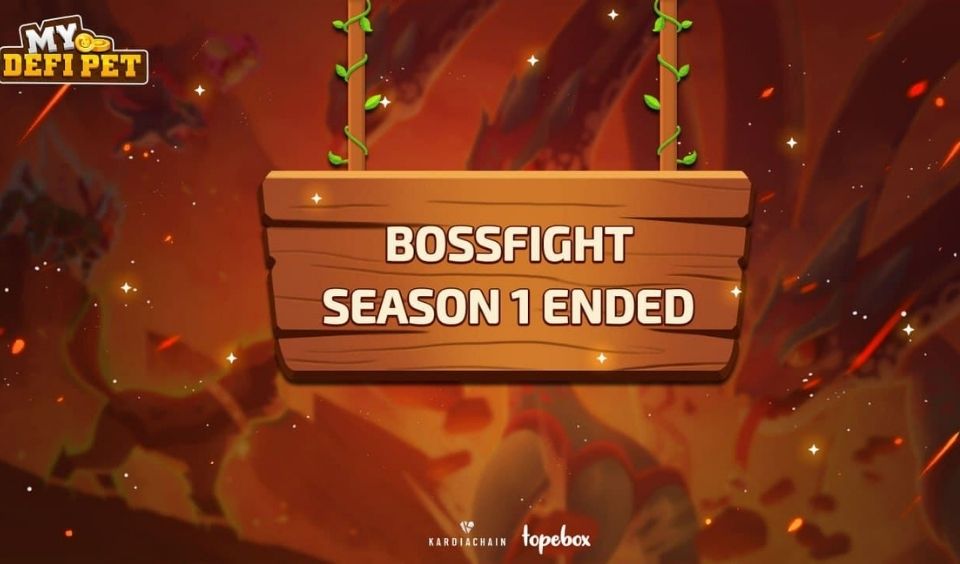 Not too long ago, My Defi Pet launched the boss fight edition of the game. After the launch, players gave some.feedback and the game had to make adjustments. It made changes to gameplay and players have enjoyed playing it. After a period of playing this part, the gaming company is drawing it to a close. My Defi pet is putting an end to Boss Fight Season 1. This announcement came via their discord channel. Here are the details.

According to this announcement, the last boss has been slain. Although the game states this, it didn’t state if all the players slain the boss. Neither did it state the number of players that have slain the boss. It only stated that “the true heroes” deserve the best treatment.

However, it did give details of the distribution of rewards to gamers. It will distributes rewards to players on the 5th of November. They will distribute rewards directly to your wallets. Here is what you need to know about redeeming your prize.

The end of season 1 is not the end of the world boss mode. While this distribution is ongoing, the development team is putting in the necessary work. Once it concludes the distribution of rewards, My Defi Pet will roll out plans for the next edition of the Boss Fight. The game is already proposing that season 1 will likely launch next week. It promises different changes to the course of gameplay. However, there is no concrete information as to details of the next edition of this game mode.

About My DeFi Pet

My Defi Pet is a virtual pet game on blockchain. Its name is actually a combination of what My DeFi Pet is. “My” is a symbol for personalization, “DeFi” are the features integrated in the game and “Pet” entails for the raising of virtual pets.

It is the result of a collaboration between prestigious conventional game creators and a prominent blockchain game. My DeFi Pet is running on Supported Networks such as Binance Smart Chain and KardiaChain.