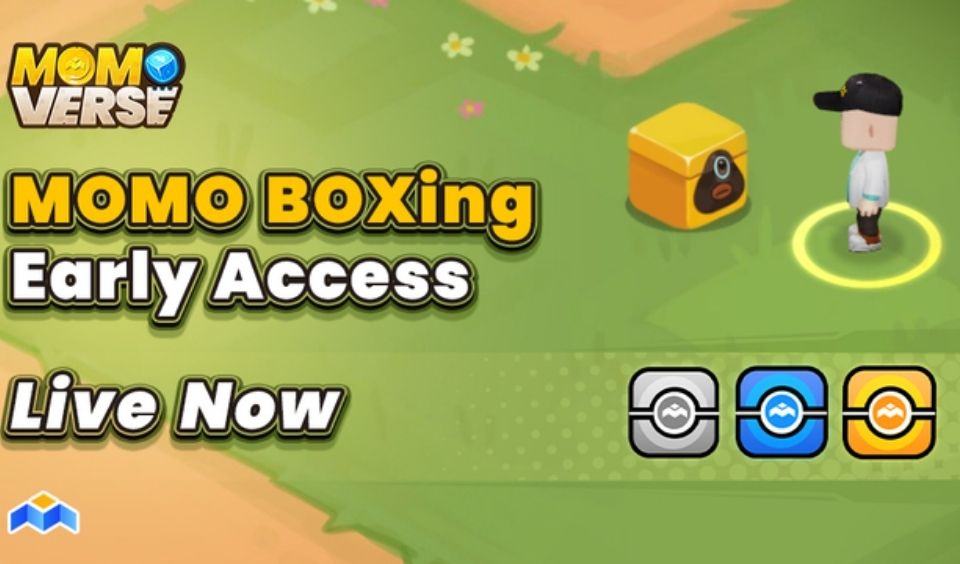 MOBOX is introducing a new form of gameplay called MOBall. Wth its introduction, members of MOlantis will have an additional form of entertainment. Furthermore, this new mode will encourage them to explore the MOMOverse. As they will be interacting with new visitors to the virtual world.

Details of MOBall Gameplay in MOBOX

The storyline behind the MOBall gameplay in MOBOX begins with the MOMOs, a creature that just roaming the MOMOverse. Although they are wild, they still engage mining and production work naturally. As such, anyone who is able to capture them will enjoy certain benefits. However, they seem to wary of humans. As such, residents of MOlantis have not been able to communicate with them. However, that is set to change with the introduction of a new device. The R&D department has developed MOBall, a new BOX(ing) device with a special in-built chip.

With it, users can easily communicate smoothly with wild MOMOs. After doing this, you can now engage these creatures, gain their trust and enter a mysterious contract with them. Through this engagement, players can get them to do mining and production work. However, owning a MOBall does not guarantee success. As there will be cases pf unsuccessful attempts. Nonetheless, you will still earn fragments even when you fail to BOX a MOMO.

How to BOX a MOMO

Every two hours, MOBOX will introduce wild MOMOs to the MOMOverse. When this happens, there will be wild creatures roaming through MOlantis. However, they will only appear in Node 1. So ensure you are that area to increase your chances of seeing one. Should you come across one, approach it carefully and follow these steps:

The goal is to ensure that the the throwing status obtained matches the wild MOMO’s own “Status”.