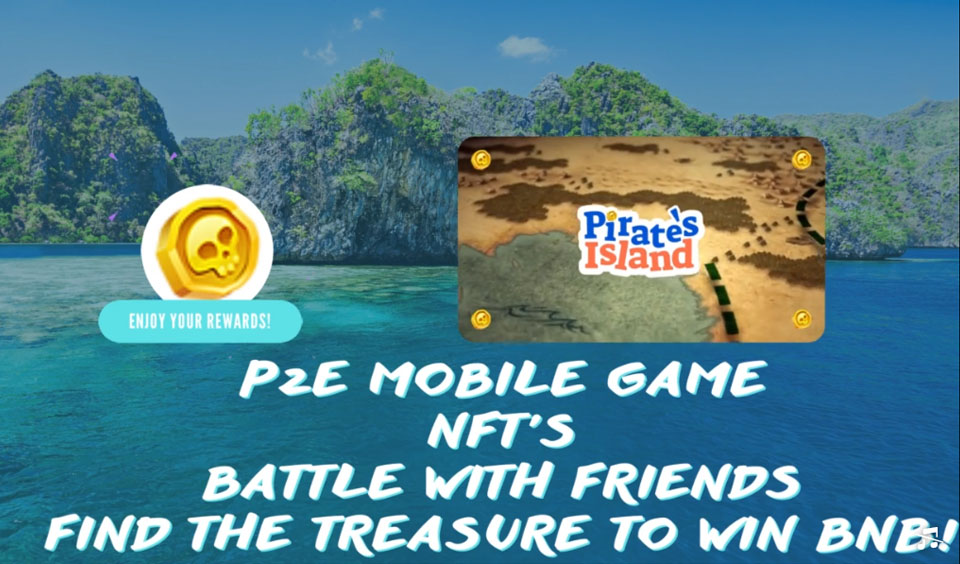 Pirate’s Island, a next-gen Decentralized play-to-earn NFT game, launches the presale of its Public Initial Coin Offering (ICO) today, November 18, 2021, at 1 pm EST. The ICO will take place on PinkSale and it is open to the public to participate.

According to the presale plan, 4% of the $BUSD will be assigned for Redistribution while 7% will be used for 7% and 5% of the offer will be dedicated to LP. The minimum buy of the token is pegged at 0.2BNB and the maximum buy is 2 BNB. Meanwhile, Soft Cap is placed at 75 BNB while Hard Cap is capped at 150 BNB.

Players that participate in the Public Initial Offering launch would have the opportunity to join the community and play the NFT game when it launches in the first quarter of next year. The Play-to-earn NFT game comes with a treasure hunt reward that offers lucky winners a minimum of 10 BNB for their efforts.

Pirate’s Island is a next-gen Decentralized, play-to-earn NFT game that lets players collect Golden Tokens and use the same to level up their Pirate with unique features. All through the game levels, there will be hints to help players advance into the Treasure Hunt, which has a prize pool of randomly generated amounts from the available coin volume.

Every time a Treasure is found, Pirate’s Island will release a new set of hints and rewards for players. Suffice to mention that the NFT Marketplace for Pirate’s Island is slated to launch sometime before the end of the year and interested participants will be able to purchase equipment and pirates.

A limited-edition of rare pirates will be available at the launch as NFTs and only five of each pirate will be released with no likely release in the future.

Each pirate will have its different attributes, which include strength, special power, and intelligence, and all these will contribute to how they function in games and treasure hunts. The game will be available to players for free in the first quarter of next year.

More about the Vision behind Pirate’s Island NFT Game

With the growth of cryptocurrencies and Decentralized Blockchain technology in the world of games, game developers are exploring new ways to implement projects and create an all-inclusive community that allows members to hold equal value.

Pirate’s Island is designed to create a unique decentralized blockchain gaming universe that offers numerous features. Members of the universe will be able to truly own Pirates and equipment as NFT.