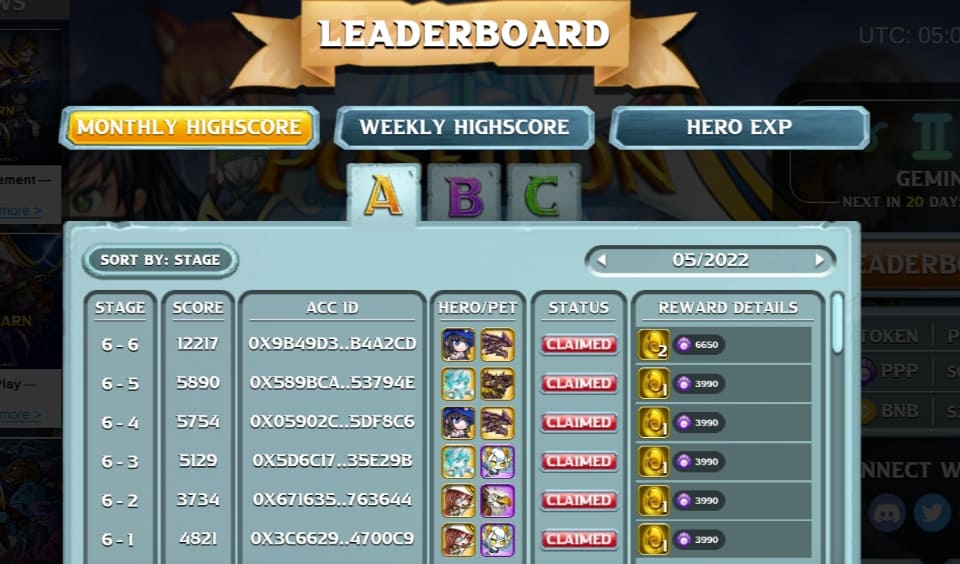 PlayPoseidon – a shooter defence play to earn NFT game is announcing an adjustment to its highscore prizes. This unveiling follows the finalizing of its maiden monthly leaderboard. Following feedback from users, it will be making various changes to the rewards. This will entail every benefit that players will earn from completing certain aspects of gameplay.

🎯Target Price, which is used to calculate Tax Rate, is also adjusted based on market condition.

The game is also considering the number of players in each Hero Tier. By doing this, it will ensure that there is a balance in the in-game economy. This is very crucial for guaranteeing the long-term sustainability of the project. More so, these modifications will help to maintain player satisfaction.

Details of the PlayPoseidon Adjustment to the HighScore Prizes

While the leaderboard prize for the month may take longer, the weekly own will take effect much sooner. PlayPoseidon will reflect these modifications on Monday the 6th of June 2022 by 00:00 AM UTC.

For Monthly HighScore Prizes, here are the modifications:

For Weekly HighScore Prizes, here are the changes that will go live by Monday:

While making this announcement, the game also reveals that it has made necessary updates on its Wiki Games Page. Even better, PlayPoseidon is staying one step ahead. It is even modifying the Target Price P1 P2. For the records, P1 is the price of PPP that the team want to achieve. While P2 is the price at which PPP was stable for more than a month now.

Following clear observations, it will be making the following changes: