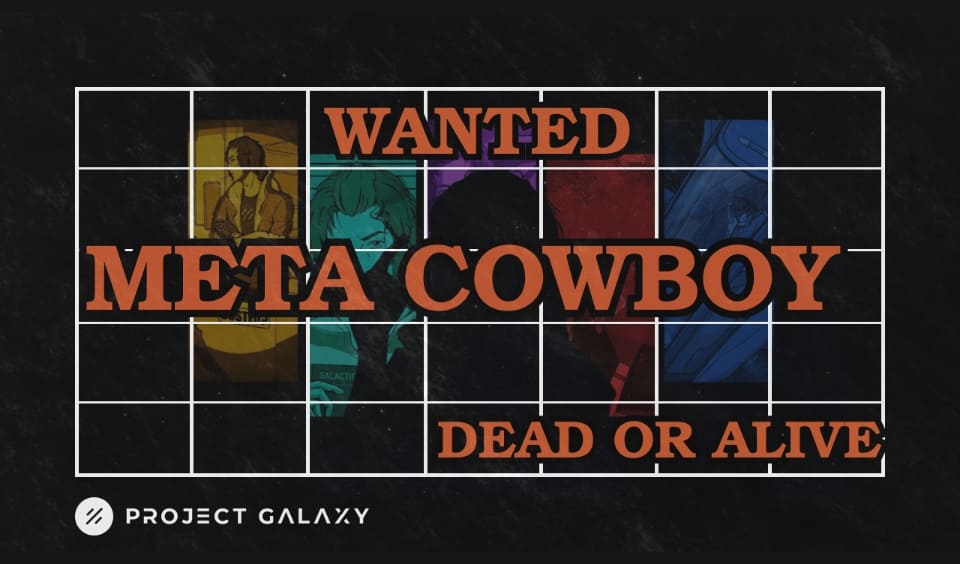 Details of the Meta Cowboy

According to Project Galaxy, the world of Web2 is sinking. This is because the Metaverse and Web3 are currently on the rise. What started out as marginalized and alienated loners is now gaining ground. It is now standing as the middle ground for futuristic projects. To celebrate this feat, it is launching this new game mode.

From their perspective, Meta Cowboy is the best way to describe the Web3 movement. The new trend I riding up on a new wave and always yearning for more. As such, Galaxy is offering players an opportunity to become spacefaring bounty hunters.

Background Story of the Metaverse Cowboy

In the year 20XX, Web2 is almost inhabitable. This is a few years after the grand revolution. A revolution that caused humanity to colonize most of the Galaxy and the Metaverse. In the midst of this slavery, a tale is spreading. This tale is that of 5 hidden gem, hiding somewhere across the galaxy. The rumors also have it that these gems will provide wealth and freedom for the common folk. This begins the haunt for the hidden gems.

In the midst of the treasure hunting, an illegal contract system is set up. Within this contract, bounty hunters known Meta Cowboys start off a journey. This is a lonely journey of wandering within the Galaxy. A young Meta Cowboy – McCred joined the bounty hunters from the slums. Soon enough, he becomes a notorious bounty hunter in no time.

During his space travels, he heard a conversation between two men at a bar. One of them was telling the other that one of the gems in powering the intergalactic prison. Minutes later, McCred shoots at someone in the bar. This results in him thrown into the intergalactic prison. This is where the adventure begins. This Mission runs from January 31st to February 28th, 2022