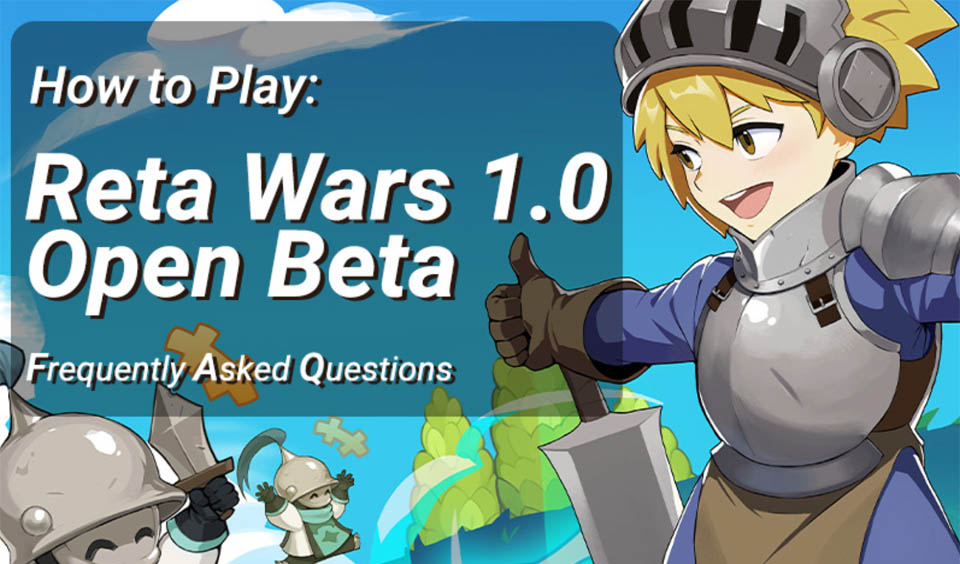 A strategy NFT war-to-earn game platform, Reta Wars, launches its Open Beta today, July 25, 2022. All users on the platform now have access to the public test server where they can play the game.

According to the game metaverse, this will be the last opportunity for players to review their strategy and play plan before the official launch of the Reta Wars game. In preparing gamers for the Open Beta, the game metaverse has put together FAQs for the beta testing.

Today is that day. All commanders can access the public test server and play the game. This will be your last chance to review your strategy and play plan ahead of the official Reta Wars opening! https://t.co/XZiSsteTK6#RETA #BSCGem #Playtoearn pic.twitter.com/MhiYANngAn

How to Access the Reta Wars Open Beta Game

Reta Wars is a browser-based game, which means you do not need to download and install any software to play the game. You can access it through your PC, Tablet, or Mobile device. The game is a blockchain-based game built on the BSC chain.

You only need a wallet address to enable you to log in to the game. When you log in to the game platform, click on the “Play OBT” to get redirected to the beta testing page. As mentioned, the open beta is live from today, July 25, and will run for two weeks.

Who is Eligible to Play the Open Beta Game?

The Open Beta is available to everyone. However, you need a hero to participate in the game. The hero produces resources within the buildings in the territory where you play the game. Users that participated in the pre-sale or bought an NFT Hero can play the game right away.

If you have a beta hero ticket, you can also use it to play. To create a beta hero, connect to the test server and to the shop where you can consume your tickets. Suffice to mention that the test-only tickets will give heroes that are meant for testing alone.

As soon as the beta testing period ends, they will get removed. Interested participants can still get opportunities to get ticket promotions through the Discord page of the game platform.

One unique feature of Reta Wars is that players can evaluate their set goals and current situations. The first thing is to place heroes within your territory to produce resources and you can harvest them. You have the freedom to use your resources based on your goals.