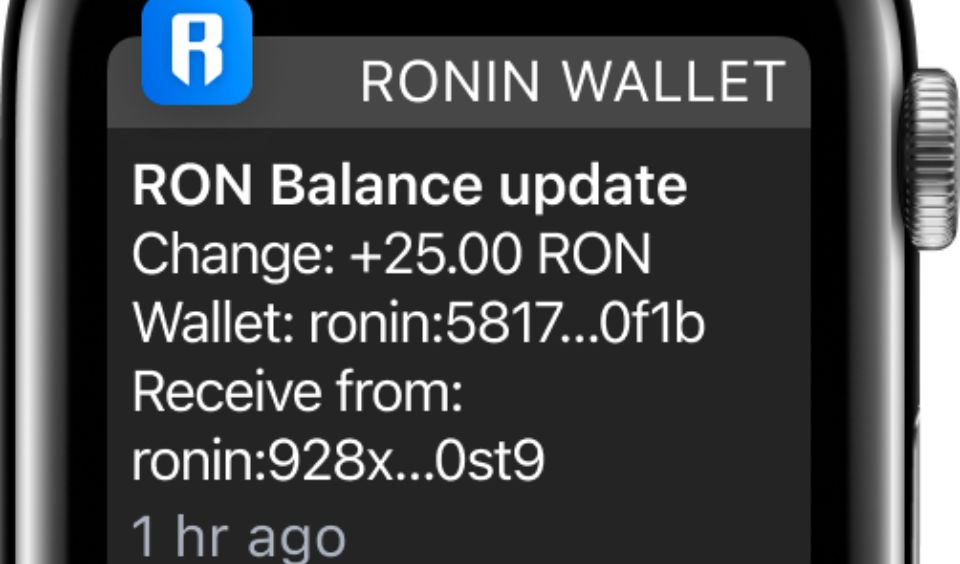 It seems as though Ronin network has been able to overcome its challenges. Following the compromise of its validators back in March, a number of critics doubted the security of its platform. However, it has taken necessary steps to mitigate the effect. On the 28th of June 2022, it announces the launch of its mobile wallet.

A new version of the Ronin mobile wallet will be released in ~3 hours. There will be no downtime. pic.twitter.com/WWzrlTi5oi

Details of the Ronin Mobile Wallet

By 8:13 AM GMT+1 on the 28th of June, Ronin revealed the launch of its mobile wallet. According to that announcement, the new product will go live in the next 3 hours i.e. 11:00 AM GMT+1. In addition, there will be no downtime in line with the issue of this release.

The dev team is not just looking to recreate the mobile version of the web3 storage platform for users. It will be going the extra mile and introducing certain unique attributes. One of such is a notification feature that will alert users when they receive ERC20 tokens. Should someone send you $SLP, $AXS, $RON or $USDC, the wallet will inform you of the amount that was deposited to your account. Furthermore, it will also tell you how much of that particular cryptocurrency you have left.

To give users the premium web3 experience, this non-custodial wallet features a new browser. With this feature, you can surf through ERC721 tokens like Axies, Land and Land items within the wallet. To ensure an improved security, there is now a new flow for verifying your seed phrase. There is also a much better onboarding process for first time users. It is much easier and faster to create a new account.

Speaking of accounts, you can now archive and unarchive them. There is now a data tracking message on the mobile wallet. This will keep you up to date with everything happening in your account even when you are away. As with all mobile software packages, you can now check for updates within the app itself. You do not have to worry about glitches. The dev team has identified and fixed every bug in prior editions.

Following the security compromise earlier, Ronin added new validators to its current network. However, it did not stop there. It went further to conduct a hard-fork that required these stakeholders to update their software products. Alongside the packages, they will also be upgrading their validator node. To keep the community up to date, the team outline key points and steps it took to ensure that similar attacks are not successful in the future.