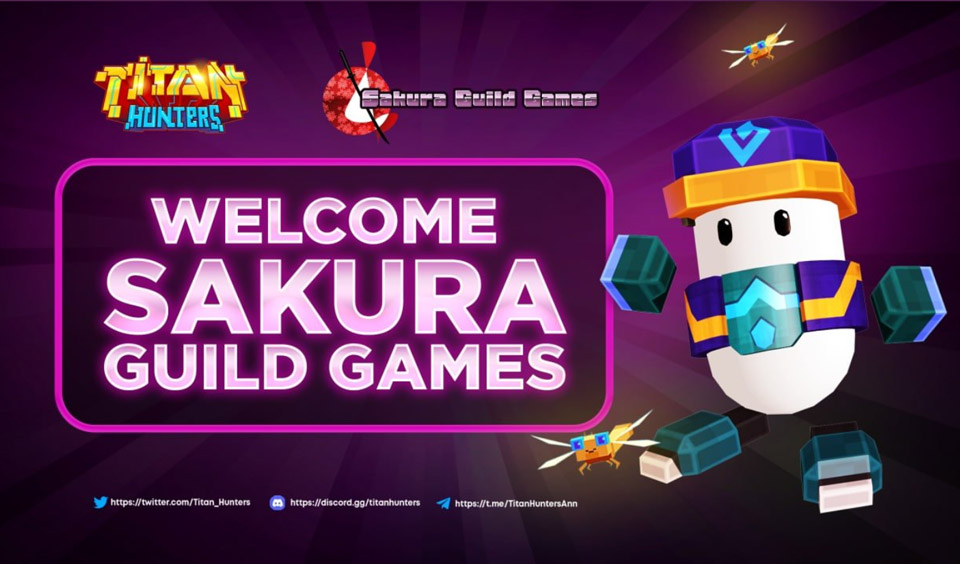 The partnership between the game platform and Sakura Guild Games will help Titan Hunters to attain higher heights as it reaches more people across Japan and transform them into real Hunters.

🚀We are confident that #Titanhunters will rocket to the moon with SGG’s support!$TITA #Metaverse #GameFi pic.twitter.com/bTAvP842O9

Sakura Guild Games will perform a significant role in helping Titan Hunters develop its community. SGG currently has a massive pool of scholars and players, and it is expected that the wealth of resources of the platform will naturally rub off on Titan Hunters.

It is worth mentioning that Sakura Guild Games is a leading medium that connects users with similar interests in games. The platform will guide them on the journey to becoming support users and active users in playing the Titan Hunters game.

In addition to this, SGG will also help Titan Hunters in some of its marketing activities. It will also connect the platform with its KOL network. The mobile MMORPG game platform is confident that with the immense support of Sakura Guild Games, it will soar to the moon and achieve its numerous goals.

What to Know about Sakura Guild Games (SGG)

SGG is a Singapore-based guild. It is also an active member of the Blockchain Game Alliance and four other reputable associations globally. The vision of the platform is to make “people’s smiles bloom around the world through guilds”.

It also announced its partnership with PolkaFantasy as the Legendary Guild in May of 2022. SGG has rented NFTs to about 1,500 scholars, as the official Guild of Job Tribes as of March 2022. The platform has also received about 7,000 requests from interested persons to join its guild.

What to Know about Titan Hunters

Titan Hunters is a mobile MMORPG that combines this genre of game with NFT features to deliver exquisite pixilated graphics. The Titan Hunters game was developed by Game Studio Topebox. It was released on March 31 after being incubated by Rikkei Capital.

The game is available on Google Play and App Store. The game has achieved over 200,000 downloads and about 70,000 active daily players since it was released.

Everything You Need to Know about the Mech Master