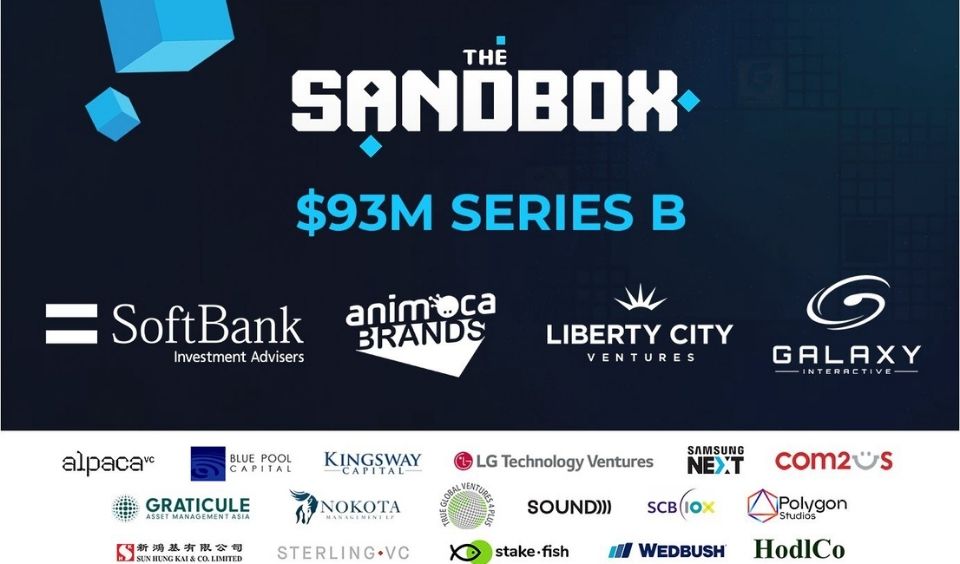 There is a constant competition among blockchain games and neither of them wants to fall behind. Talking of competition, Sandbox is ensuring that it stays ahead of everyone else. To this effect, it raised the sum of $93 million in a Series B funding exercise.

Details of the Sandbox Series B Funding Exercise

Softbank Investment, Animoca Brands, Liberty City Ventures and Galaxy Interactive are the pioneers of this funding round. Firms like Alpaca VC, LG Technology Ventures, Samsung Next, Com2os, Polygon Studio among others played support in this funding event. This fund will help the game expand its metaverse. It will also help Sandbox to support more creators, artists and other talented creatives. These individuals are very important for the Sandbox creator’s economy. With this round of funding, Sandbox will be able to create job openings. This will include virtual architects, fashion designers, concert promoters and event planners.

In the course of announcing the funding exercise, Sandbox also gave details of it’s progress. So far, the player community has grown by no less than 500%. There are currently 500k in-game wallets in the Sandbox game. Of that amount, the game boasts of 30k active users. Half of these active users spend at least one hour every day playing the game. More than 50 first-party projects are also progress.

There are also hundreds of creators using the free game maker and VoxEdit tools to create game assets and experiences. This leads to gamers sharing over 100 experiences in the game maker gallery every week. To maintain the creator economy, the game has paid over 2.5 million $SAND to over 30,000 creators and game makers.

From this funds, Sandbox is making huge plans to improve gameplay for its community. Following the release of the Beta version of its creation tools, the game will be launching an Alpha version in November. The Alpha will grant players access to the Sandbox Main Hub. Following the release of the Alpha edition of the game, the first play-to-earn season will also go live.

The major roll outs will be in 2022. One of which will be the opening of the Metaverse to land owners. There are also plans to launch virtual concerts. Players may also get to experience the Walking Dead Game as part of virtual entertainment. In the second quarter of 2022, the game will also launch staking and voting mechanisms for SAND. It believes that this will help decentralize the game. By the fourth quarter, it will launch a mobile version and community tokens.

NFT Scams – What are they and How to Avoid Them