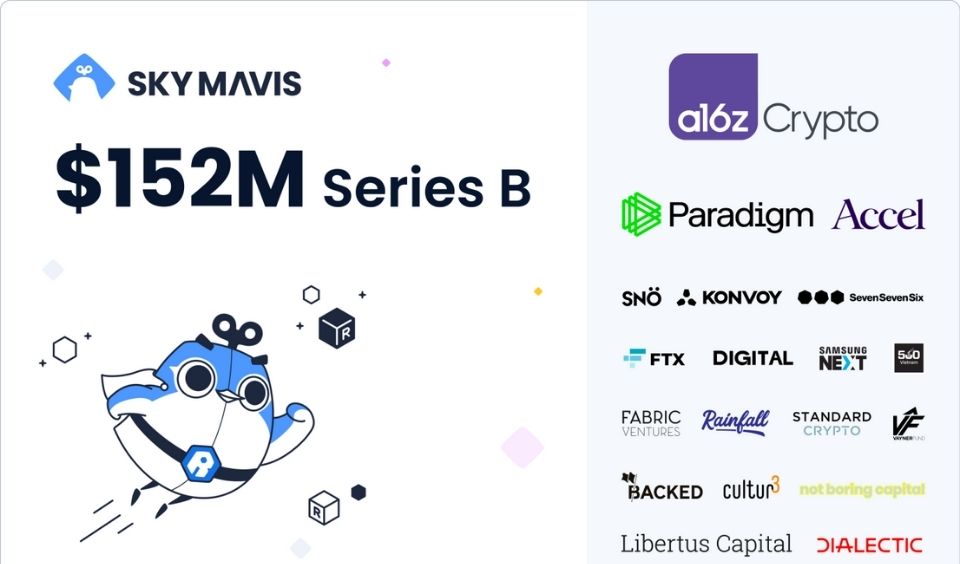 Not so long ago, Axie Infinity was in the news for mixed reasons. While the native token (AXS) was climbing heights in the decentralized market. The game itself was losing revenue on the other hand.

This was because players’ actions in the course of gameplay. Due to its play-to-earn feature, many gamers soon turned it to a business venture. People were even offering scholarships to gamers.

Despite its recent slump, certain enterprises still believe in the project. As a result, they are funding the expansion of the play-to-earn arena. The company disclosed this in a recent release.

A series of enterprises are investing a combined $152 million to the Axie Infinity project. They include FTX, Andreessen Horowitz, Accel, Paradigm, Standard Crypto, Fabric Ventures and Samsung Next.

According to Sky Mavis, the game will continue to create economic freedom for players. It believes that there is/should be no distinction between work and play. This is why it rewards players who passionately partake in its game. Here is the official statement from the publisher:

“While we’ve scaled at an astonishing rate, adding institutional investors to our community will enable us to expand our reach, reinforce our legitimacy when it comes to regulatory protection, and will give us the flexibility to scale and hire aggressively without touching our AXS token reserves.”

Besides creating economic freedom for gamers, part of the funds will be for developing Ethereum sidechain (Ronin). Ronin is the exchange for the AXS blockchain. The company also claims that it has $4.5 billion in assets locked up in this network in over 2 million wallets. Sky Mavis is also hiring talented individuals to join in the expansion of the game.

As mentioned earlier, Axie Infinity recorded a drop in revenue. The company made $220 million in revenue from its last update. This was low, especially when compared to the $342 million in the previous month.

Despite this reduction in revenue, the game still continues to enjoy trading activities. There was a whooping $2.2 billion in trading volumes as more players continue to sign up to the game.

Despite the drop in revenue, both players of Axie Infinity and the publishers are still upbeat about the game. Sky Mavis considers it a dream come true that players are onboarding their friends and families.

However, there will be a reduction in the amount of NFTs players can earn for completing certain modes. This will help to protect the in-game economy of Axie Infinity.