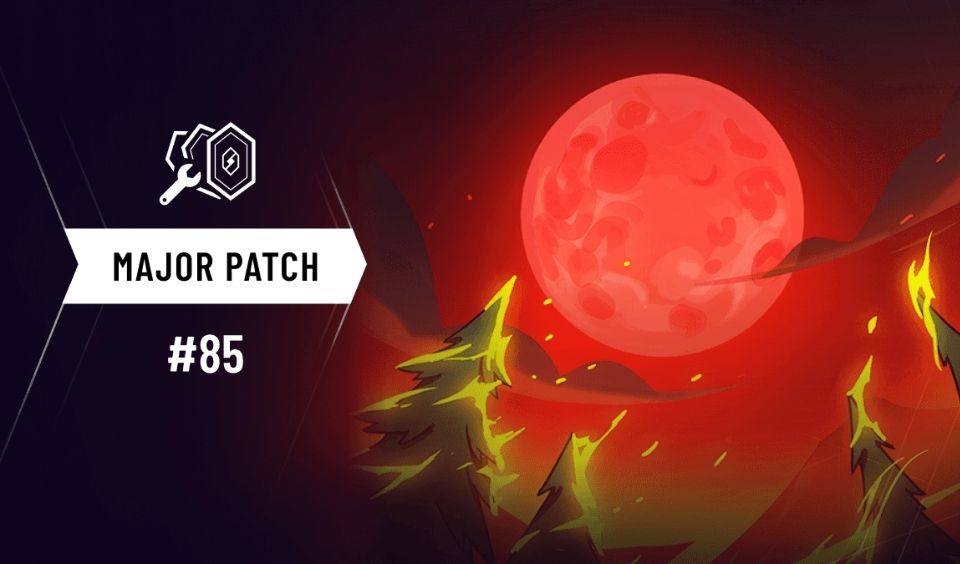 Since the mini expansion of the game, Skyweaver has been making efforts to improve general gameplay. Following the release of patch #84 comes the first patch of 2022. The Red Night Patch #85 offers some current changes as well as hints of what to expect from further updates. It comes with changes in animations, shadows, and tooltips. This announcement was made on the 5th of January on the Skyweaver News Platform. Here are the details of this update.

Despite the release being on the 5th, Patch #85 will only go live on January 6th 2022. The time for this release is around 6:00pm EST. This release is also the final version for the Blood Hunter and Blood Moon. With subsequent patches, Skyweaver intends to nerf these two cards. Away from the cards, players will experience some significant changes in gameplay.

In this update, the game is adding a gentle floating & bobbing animation. This animation will help players identify in-game characters that can attack. Also, it is adding shadows to characters. Skyweaver believes that this feature makes the game more realistic.

There is also an upgrade to the tooltips on hovered cards. Gameplay will also become more interesting. Considering that players can now info about card types & elements in deck. To get the details of a card, simple hover over the deck.

Improvements and Bug Fixes in the New Patch

As part of improving the game’s user experience and user interface, Skyweaver is fixing some errors. This includes condensing multiple errors of the menu into one. Also, it is also revising the design of errors in the menu.

Doing this will help bring more clarity to the game. When this update goes live, trading cards will become much easier. The Red Night Patch #85 will keep the card you choose, even when you switch between buying and selling.

Besides these improvements, the game also uses this patch to fix various bugs. In this update, Glacial Hulk will now have the correct background. It also corrects the lore on Mass Confuse & Ari’s Insight. Also, players will no longer have to play the ranked warm-up games after level 15.

Skyweaver game is bringing back the label showing number of cards matching a search. This will take effect both in the library as well as the market. Alongside the card labels, the Buff & Debuff icons in the deck sidebar are back. The updates are available on iOS and android devices. Players can update their apps to get the latest features once this patch goes live.