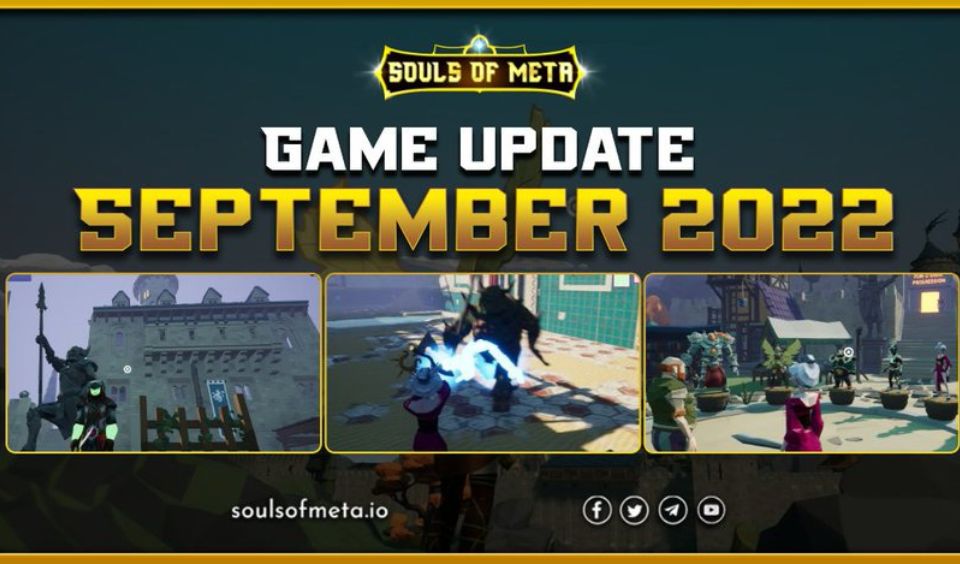 Following the end of the month, Souls of Meta is issuing game update shorts for September 2022. The team points out two significant highlights in this edition that will encourage better gameplay. In addition, the monthly newsletter and game-related news have been remodelled into a quarterly one. This comes in line with the demand of the community.

It has been about a month since we launched our Fun-2-Earn game and more than 500 players already joined the fight with The Horde!

Details of the Souls of Meta Game Update September 2022

The Souls of Meta Game Update for September 2022 features an upgrade to the leaderboard. Following this improvement, players can now access the ranking during gameplay. All they need to do is go to the board located in the Town Square to see the top three $SMP users. This rating will be refreshed every Sunday. Anyone looking to earn tokens, NFTs and other bonuses can join the Monthly Tournament.

While introducing the new ranking system, the team also hinted at specific improvements. The modifications will make the playing experience more exciting. They include the following:

As mentioned above, users can play the game with or without music. However, you do not want to go without sounds. This is because Souls of Meta have added new soundtracks to the different progression levels. This ensures that players enjoy a more diverse and ambient virtual environment.

Before you can enjoy these additions, you must download the new update. To do so, follow these steps:

Illuvium Partners with Galaxy Fight NFT to Host a Tournament