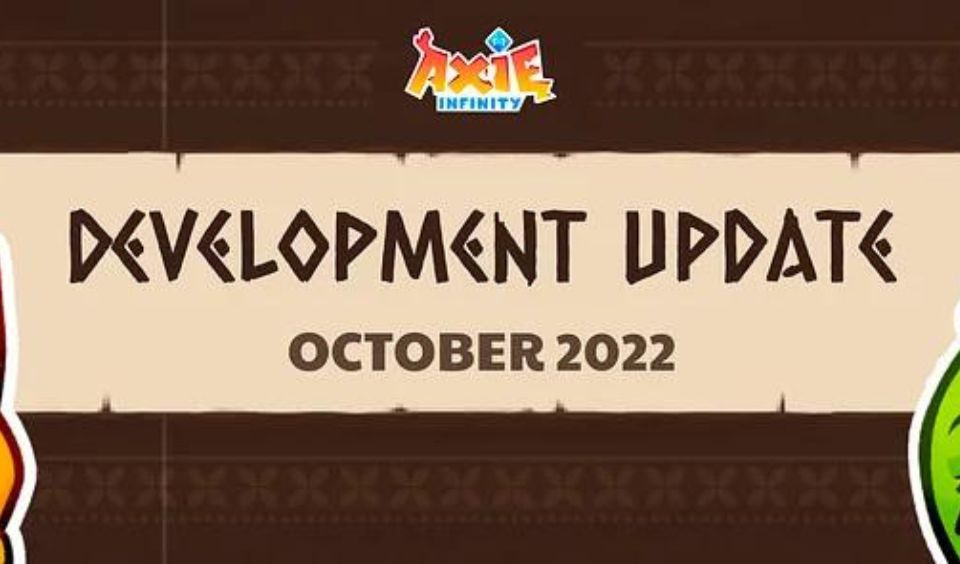 With the new month already days old, Axie Infinity is issuing the development update for October 2022. This press release includes details from the recently concluded Axiecon tournament. It also outlines the team’s plans for October and the year’s final quarter. This includes the distribution of a Land Alpha to landholders

1/ Our October Development Update is here!

This is a comprehensive and beefy update as our progress has been extensive.

We continue to build relentlessly with our stalwart community in the pursuit of a better internet.

Since the turn of the year, the entire Sky Mavis team has made significant progress. Ronin successfully moved from being exploited to having Google Cloud as a validator. Speaking of the blockchain, it has developed into a gaming-efficient chain. Such that it is now considered part of Axiecon’s future.

Details of the Axie Infinity Development Update for October 2022

Axies are the primary characters in the Axie Infinity gameplay, allowing players to enjoy the immersive experience. With these creatures, users can battle, earn rewards and build treasures. As mentioned during the first day of Axiecon, the development update for October will see these beasts become actual assets. These avatars have six body parts, and there are plans to enable their owners to upgrade each component separately.

Instead of the entire Axie, you can select the attribute you want to improve. This initiative will introduce new stat boosts and abilities. It will also enable specific rune and charm options players can utilize during battles. In addition to the new power-ups, a partial modification will also aesthetically improve that section. Using this approach makes upgrading your avatar more economical.

Speaking of aesthetics, Axie Infinity is introducing new series of cosmetics and accessories. The team hopes Lunacians will use them to beautify and personalize their assets. There are no plans to sell these customizations for now. Players can earn them as rewards for finishing high on the leaderboard, crafting new Axies or during the gathering.

The Axie Infinity Development Update for October 2022 also highlights changes to the use of Land within the virtual world. According to the storyline, the game was launched before the early stages of civilization. Following the Origin release, landowners can gather pre-existing resources from their plots. They can use these items to craft or grow more complex assets.

Lunacians can also use these resources to build and upgrade their territories. You can also trade them through the Auction House. Ensure to craft more items, as you can share battle items with other players when your crafting ability becomes more refined. If they win battles with your help, you will receive tokenized rewards.