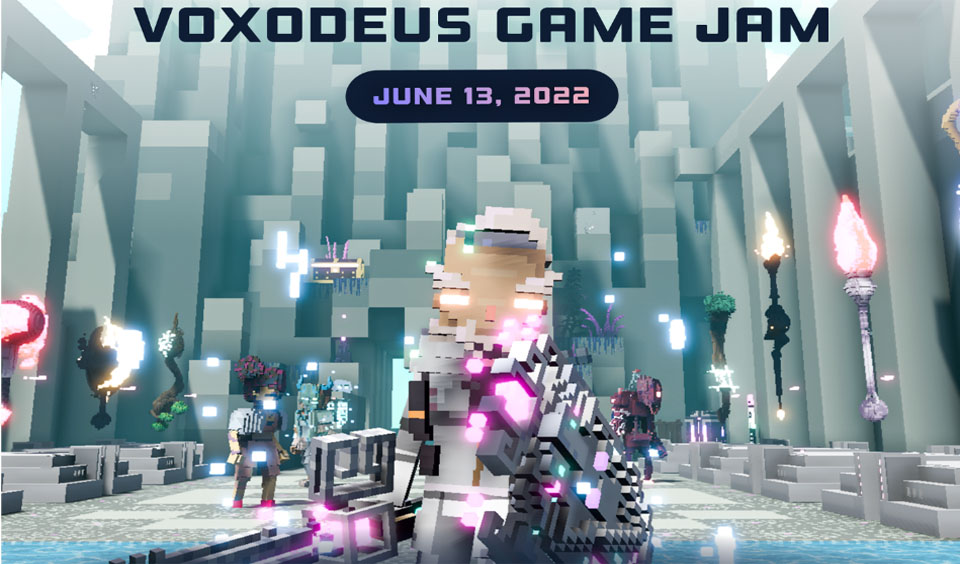 The Sandbox, a virtual gaming world, has partnered with VOXODEUS to launch the VOXODEUS Game Jam, which is scheduled to hold on June 13. The VOXODEUS Game Jam invites participants into a world of discovery and an immersive Sci-Fi Mythic lore.

It is an event where you get to explore new experiences and lands. Participants have the freedom to explore the Omega System, which is a sci-fi setting of solar systems and planets.

Create your own Cypherverse experience in the #metaverse!

What Does the VOXODEUS Game Jam Hold?

As mentioned, the VOXODEUS Game Jam is an immersive sci-fi mythic lore that invites people to explore. While exploring, participants can find and use the prominent ancient Heirloom Artefacts. They can also escape into the Forbidden Far land, which is rumored to be full of mythical creatures.

Participants have the freedom to create their experiences. Participants can go on a quest to search for a timeless Cypherverse artifact, a planetary scavenger hunt, a battle against an invasion of robits, or others.

Highlights of the VOXODEUS Voxel Assets

Voxo Owners can claim their VOXODEUS Phase 1 NPC Avatar Assets from June 10. Suffice to mention that there are three different VOXODEUS Asset Collections that users can explore to help them create experiences. These include:

It is worth mentioning that you do not need to use any of these assets to become eligible for the event. However, using the assets may earn you some bonus points while building your VOXODEUS lore.

What Prizes are Available for the Event?

The prize pool for the VOXODEUS Game Jam contains VOXODEUS NFTs and 15,000 $SAND. This is divided into the following:

What are the Entry Guidelines?

Also, each entry must have some level of playability, such as mission and questions. Every entry must also be unique and should not be directly copied from existing experiences. The event will use the GameMaker Gallery feature as the form for submissions.

As mentioned, the Game Jam starts on June 13 and the deadline for submission is June 26. The results of the winners will be announced on July 23.