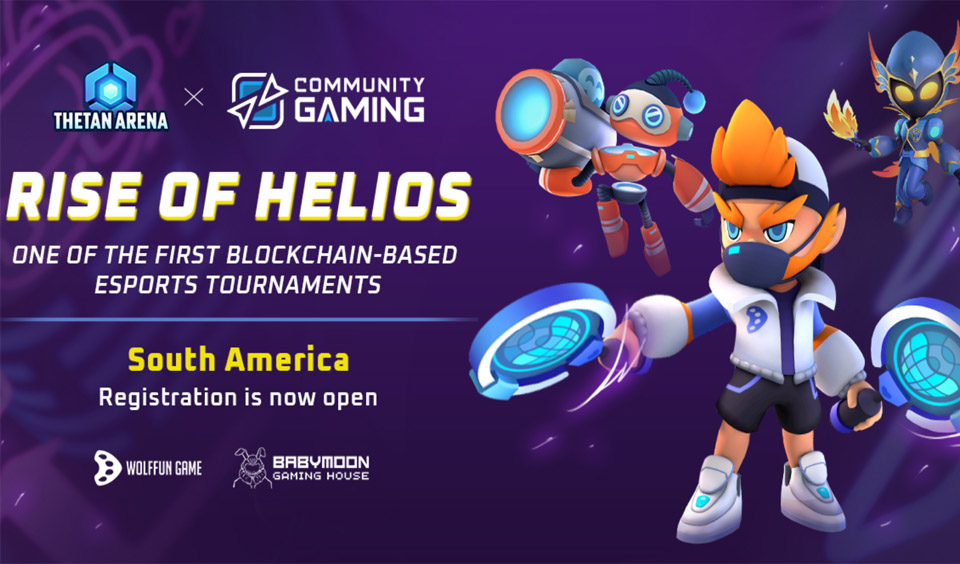 Thetan Arena, the first MOBA e-sport gaming platform powered by blockchain technology, has announced the launch of one of the first blockchain-based e-sports tournaments, Rise of Helios. This event is scheduled to take place on April 23 at 8:00 pm.

The prize pool for the event is $10,000 BUSD. Suffice to mention that Thetan Arena is an e-sport blockchain-based game platform that allows players to gather friends, form teams, and battle with others to earn money.

📢 Calling all Thetanians in South America

How to Register and Participate in the Rise of Helios Tournament

Interested participants are required to create an account and a team on the Community Gaming platform. The minimum number of players that can be in a team is four. After creating an account and a team, the next step is to enter the competition support Discord and put your Thetan Arena role in the right order.

Highlights of the Tournament Format

The Tournament is in a 2-day format and it starts on April 23 and runs to April 24. This is to adapt two adaptable competition systems based on the number of participants that registered for the tournament. Participants in the event must meet the minimum competition time determined for competition production and stream terms.

Highlights of the Prize Pool Distribution

A total of $10,000 BUSD will be distributed among the top sixteen players. The details of the prize pool distribution are highlighted below: