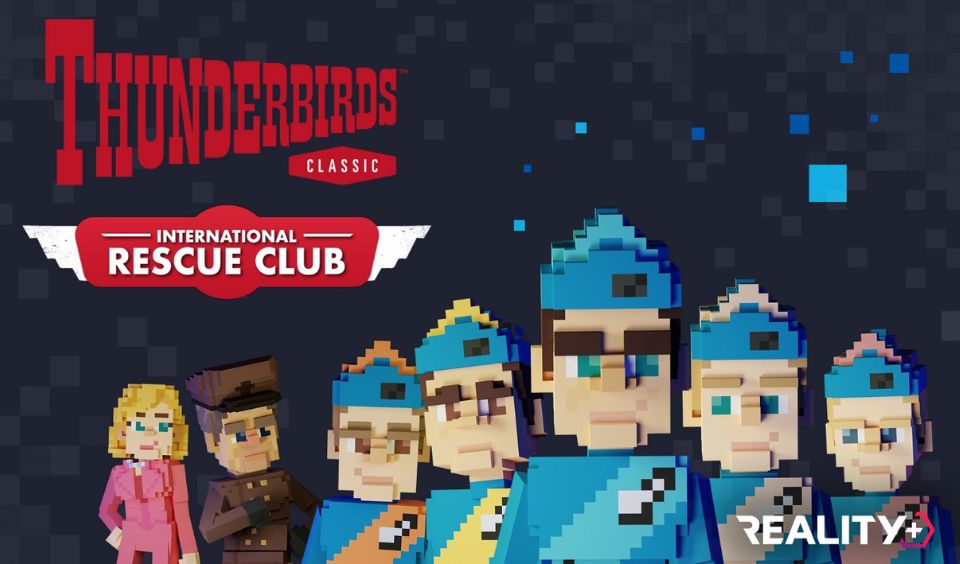 Thunderbirds – a generative Web 3.0 project is coming to The Sandbox metaverse. It joins the likes o PANGU in the virtual world. As with tradition, there will be a series of NFT drops to mark this entrance. In addition, the charity organization will also feature a new experience in the Sandverse.

Details of the Thunderbirds Entrance into The Sandbox Metaverse

To bring Thunderbirds to The Sandbox Metaverse, both parties will be working with Reality+. This partnership is the initial step towards introducing international rescue into the metaverse. As such, there will be metaverse avatars, charity DAOs, NFT drops and Web 3.0 online experiences. Despite the announcement, the charity club did not divulge further details. Although, it did promise to give further updates.

On the other hand, it stated that there will be sales of VX avatars and other project elements. The aim will be to fund a charity DAO that will help people globally. In addition, the rescue organization intends to develop into a comprehensive GameFi project.  As it believes that doing this will open up opportunities to raise money for its benevolence duties.

The Sandbox is a blockchain play-to-earn style game in which the user can enter a virtual world. Where they get to interact with other players, create objects and even attend events. The Sandverse offers an immersive gaming experience that aims to bring reality to the blockchain world. The Sandbox began its development in 2012 by the company Animoca Brands.

The Sandbox allows you to create, buy and sell all kinds of game items and “land parcels“. These are physical spaces within the Metaverse. Taking advantage of the benefits of Non-Fungible Tokens (NFT) players will have real ownership of everything they do within the game, being able to monetize it through the Marketplace. The native cryptocurrency of The Sandbox is SAND.

Thunderbirds International Rescue Club is a web3 company with its headquarters in Britain. Created by Gerry and Sylvia Anderson, it uses marionettes and scale models to create innovative experience on television. The television show is focused on charity and helps to rescue people in dire need.

This initiative set sin the 2060s. It revolves around a secret organization that dedicate itself to saving lives. The Tracy brothers pioneer this adventure via five state-of-the-art vehicles. Members of the International Rescue team also includes Brains, Tin Tin Kyrano, London Agent Lady Penelope and her driver and side-kick Parker. To engage in gameplay and support charities, participate in certain missions on land, air, sea and in space. Where they will get to play any of the above-mentioned characters.

My DeFi Pet Reveals Details of How to Breed Pet V2