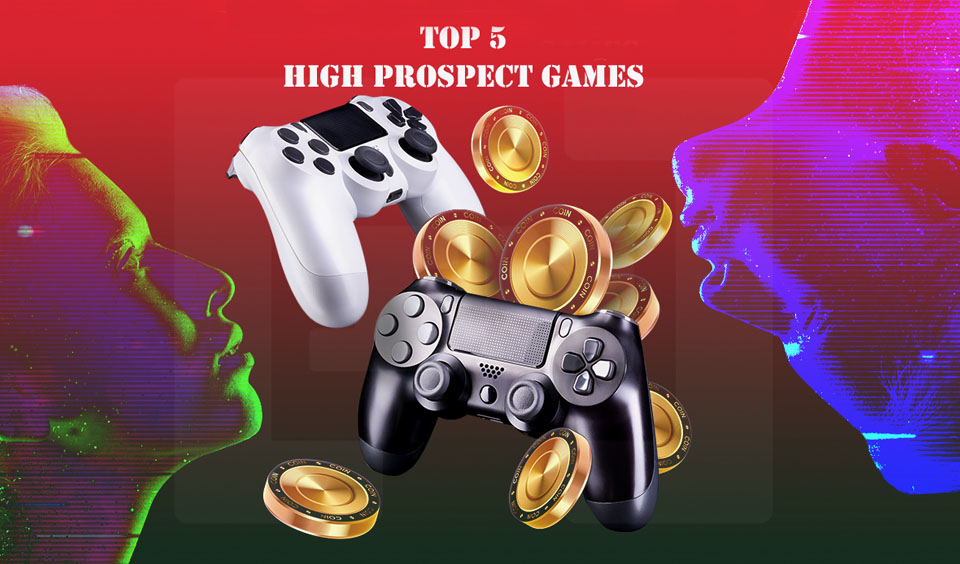 The popularity of Blockchain based games is growing and play-to-earn games are taking the gaming world by storm.

The games offer a special tokenomic framework and reward system that has transformed the traditional game into a more revenue generation source for players. We have curated the top 5 blockchain play-to-earn games with high prospects that you can explore in 2022.

Axie Infinity has grown a highly developed and established ecosystem that boasts a powerful economic model. According to data, the platform has continued to solidify and maintain its top position on NFT rankings.

It is currently the top traded collection with a top position on Splinterlands, NBA TopShot, and WAX Blockchain closing out with over a half-billion dollars in the early weeks of January. Axie Infinity has three different tokens on its game platform.

The $SLP is the in-game utility token. AXS is the governance token with over $1.56 billion staked already. The platform recently launched the Katana Decentralized Exchange, which enables players to offer liquidity with AXS or SLP to farm RON.

Suffice to mention that the RON is the ecosystem token, which is similar to the MATIC from Polygon. Axie Infinity has its digital nation mapped out with a real economy. It is undoubtedly one of the top 5 blockchain games with high prospects in 2022.

Galaxy Fight Club is another blockchain-based game platform that has grown significantly since its launch. It started as a 10,000 avatar collection game platform and became the first cross-platform and cross-brand PvP battle game where gamers can fight using their avatars collection.

The game focuses on interoperability and offers every player an opportunity to earn exciting rewards. Galaxy Fight Club will launch on the Polygon network and is currently in beta testing. It is expected to be released to the public sometime in the first quarter.

Suffice to mention that each Galaxy Fighter produces 5-15 $GCOIN daily and the fighters started generating $GCOIN since October 2021. According to the team, the first $1.5 million of GCOIN was sold out within 15 minutes of its IDO. With the trend in growth, Galaxy Fight Club is one of the top blockchain games to look out for in 2022.

DeFi Kingdoms was created as a liquidity pool investment platform where players can mine and pair tokens for returns. The game allows players and investors to possess a portion of the LP in a plot where they can farm and grow their investment.

Created on the Harmony Network, the game platform is the first project from this network to top the DappRadar charts. The utility token used in the game is $JEWEL. Users can use it to buy NFTs to boost their base-level stats.

The token is used for liquidity mining, which offers users the chance to earn more $JEWEL when they stake. The price of the token has increased significantly within four months from $1.23 to a whopping $22.52 in January. DeFi Kingdoms and its $JEWEL token are something to watch out for in 2022.

Created on the ETH Blockchain, CryptoBeasts is a peer-2-peer electronic rare egg collection system featuring 10,000 pixelated colorful eggs. These eggs offer owners a piece of land in the Eggland metaverse and DAO vote. The quantity of eggs a player holds determines their voting power and status.

More eggs also yield more native CBX tokens, which in turn yields better rewards. Data from Dune Analytics reveals that the highest-selling CryptoBeasts rare egg sold for 5 ETH, which is valued at $9,085 during the sale.

The current entry price point for a CBX token is 0.05 ETH, which is higher than the mint price in June 2021 at 0.01 ETH. Now, that is something significant and worth taking an interest in.

Guild of Guardians is one of the top anticipated NFT-based games of 2022. Built on ImmutableX, its first layer-two solution is created on Ethereum and focused on NFTs. The game will function as a free-to-play, role-playing game with play-to-earn mechanisms.

Like Axie Infinity, the in-game assets of Guild of Guardians can be exchanged. It is of import to note that the token launch and founder sale of the NFT generated about $10 million in volume. The token has been consistent after it surged after the launch to a rate of $2.81.

Crypto games witnessed significant growth in 2021. Drawing from the success of the industry in 2021, it is expected that 2022 will be a great year for game developers and players alike.