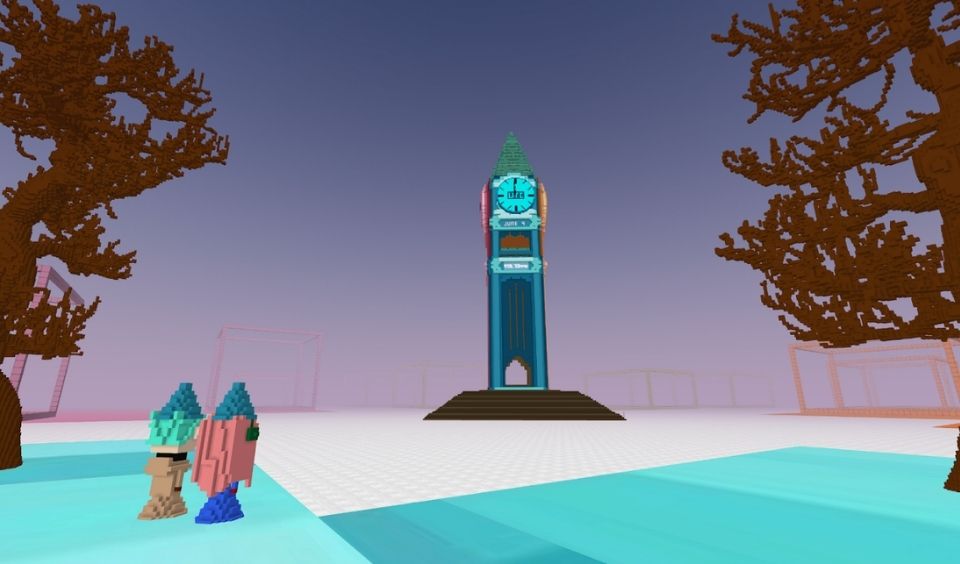 The different parts of Voxels all feature various musical experiences. As such, Voxels is giving users insights into the various sounds within its metaverse. While issuing this update, it also spotlights that Nvllsekt is the brain behind the atmospheric sounds of Chronos Island.

Did you know that the fabulous @nvllsekt designed the atmospheric sound for Chronos Island? https://t.co/5O6L5yHAGg
Parcels are still selling this week. They won't last long: https://t.co/pCRYvUY8VR #Metaverse #metaverseland #MetaverseNFT pic.twitter.com/9G85q9Qz7W

It further reinstated its dedication towards providing an utmost immersive game. In this regard, players will be enjoying unique experiences during the course of gameplay. So much so that there will be specific areas within the VoxelsVerse that will meet the taste of everyone. Besides the audio flavour, there will also be specific augmentations to each Island within the game.

Mona Peters is the major designer of this virtual world. However, Nvllsekt is the brain behind the atmospheric sounds of Chronos Island. According to him, this metaverse is in itself an art. Therefore, it was important to have ambient auditory sensations that will correlate with specific environments. More so, every area should represent a season. This ranges from the colours of items to the items themselves – like the massive clock tower.

Speaking in detail, here are his comments:

“To the best of my ability, I wanted to stay true to the ambience used around Origin City, while also adding my own. Some of the current ambience within the voxels metaverse hits me with some early world builder and SimCity background music, blended with Boards of Canada and aphex twin ambience. Loving all of those myself, that’s the direction I went with, while also trying to reflect the theme of the island.” You never know what amazing builds or who you might discover… you just get blown away by the level of creativity or the amount of effort put into making some of this stuff.

Following his role in the development phase,  Nvllsekt also becomes one of the first people to know about other hidden islands.

For the artist, this is a dream come true – especially as a big fan of Voxels. Despite being the creator, they also made sure to experience it. This involves taking a tour through the different islands in the VoxelsVerse.

In this regard, they are also encouraging players to do the same. Instead of just sticking to playing g and earning, breeze through other aspects of the metaverse. The musical experience is worth it. According to them, “you will feel like you have been teleported to a different world”.

Nvllsekt is a well-known artist within the NFT space. This web3 performer has various works listed on Known Origin, SuperRare, and Hic Et Nunc. For their contribution to Chronos Island, however, Nvllsekt drew on some of the artist’s musical background.

The widely known NFT entity’s musical background is largely experimental. It involves a lot of making unusual sound effects. In addition, there will also be background music for modified servers. This is not their first collaboration in the GameFi niche. They have also created a few music projects under random aliases for previous projects. However, Nvllsekt is majorly interested in creating, building, and being a part of building Web 3.

Decentraland Releases Bug Bounty with Rewards Up to $500K