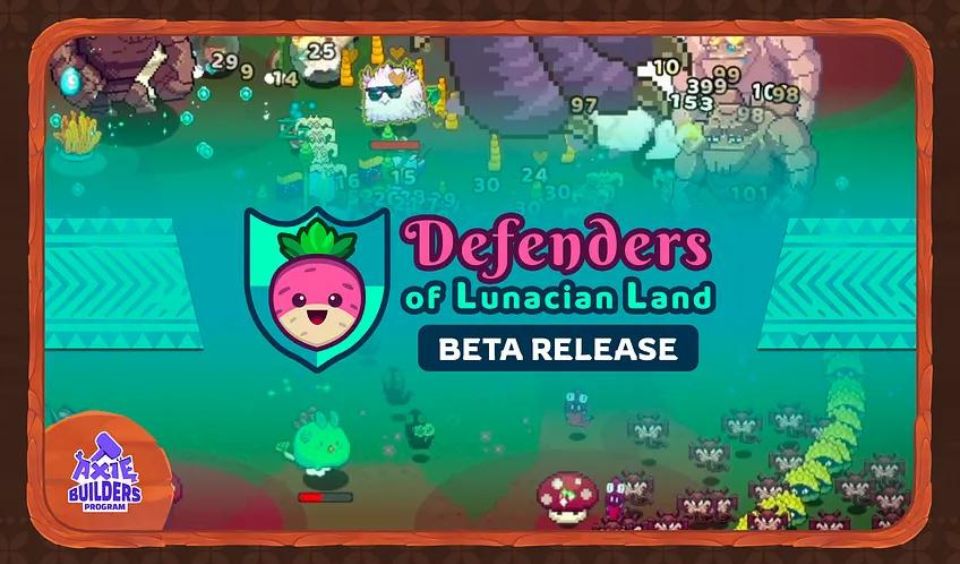 Axie Infinity has announced the Axie Doll – Defenders of Lunacian Land beta release. This launch comes after the first testnet that occurred some months ago. While issuing this update, the team added that players had spent more than 500,000 in-game minutes. There are also multiple positive reviews from the participants, with most people sharing their thoughts on Twitter.

Today, we take a big step towards an ecosystem of infinite Axie games.

This new project is part of the Axie Builder Program – an initiative designed to expand the Ecosystem. As such, many components from Axie Infinity will be part of gameplay. For example, players can use their Axies to engage in this new program. They will also connect their Ronin Wallet and upgrade avatar skills with $SLP.

Gameplay sets into 2018, with a dream that Axies would come to life. Instead of becoming cuties, these in-game characters come back as fierce digital pets. Axie Doll beta release is built on that vision, and gives these avatars a new and amazing mission. Considering that you can use the Axie in your wallet, the same advantages will still apply. You can learn about all 132 active in-game skills. This implies that Hot Butt will release fiery damage upon enemies on it trail.

Alongside the launch of this project, there will be a campaign. However, this contest is set for only interested players. To participate in the competition, players must enlist in the Ranked Mode for the cost of 1,200 $SLP. When you enlist, the system will give you 10 free shields. Each of them is worth 40 $SLP and have a soulbound badge for your axie.

The team will accumulate the fees into the reward pool, which will be distributed among the top 50 best players. This campaign will run from the 16th of December 2022 to the 6th of January 2023.

Below is the breakdown of the prizes for the top participants:

How to Start Playing Wilder World