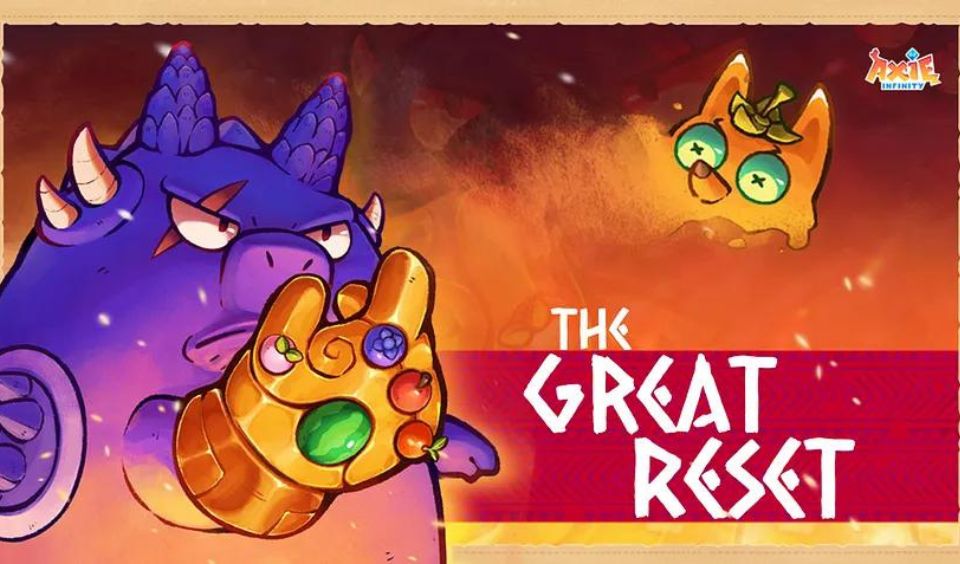 Axie Infinity has announced a significant update to its marketplace. Titled the Great Reset, this upgrade went live on the 8th of August 2022. It features optimized performance for better stability. In addition, more Ethereum contracts have also been added to enable users to own and trade runes, charms and other digital assets.

In preparation for Origin Season 0’s transition to Phase 3, we've deployed a major update to the Axie Marketplace!

While informing the community, the team also mentioned removing all listings. As such, sellers will have to relist the Axies they want to sell. This move is part of the transition to Phase 3 of Season 0. When this stage fully launches, everyone will be able to craft Runes and Charms. Afterwards, they can mint these items as NFTs on the trading platform.

The first stellar update in the Axie Infinity Great Reset is a new contract to support the ERC 1155. This will help to hold the token standard for Runes and Charms. With it, users can trade these non-fungible tokens anywhere and with anyone. However, this feature will not be available until Season 0 goes live. Currently, the developers are building the backend support for its deployment.

As part of the announcement, Axie Infinity also outlined some benefits of this improvement. They include the following:

As mentioned earlier, the new marketplace is now free from glitches. This is part of Axie Infinity‘s initiative to encourage player adoption and scale growth. It has been noticed in recent times that an increase in participation can occur at any time. This is why the team is working significantly on its backend to support any hike in traffic.

As the new trading platform becomes available, fewer Axies will get stuck. In addition, listings will be far more efficient, and the marketplace experience will be seamless. More importantly, assessments will continue, and users are encouraged to give feedback through the proper channels. This will help to determine the course of further upgrades.