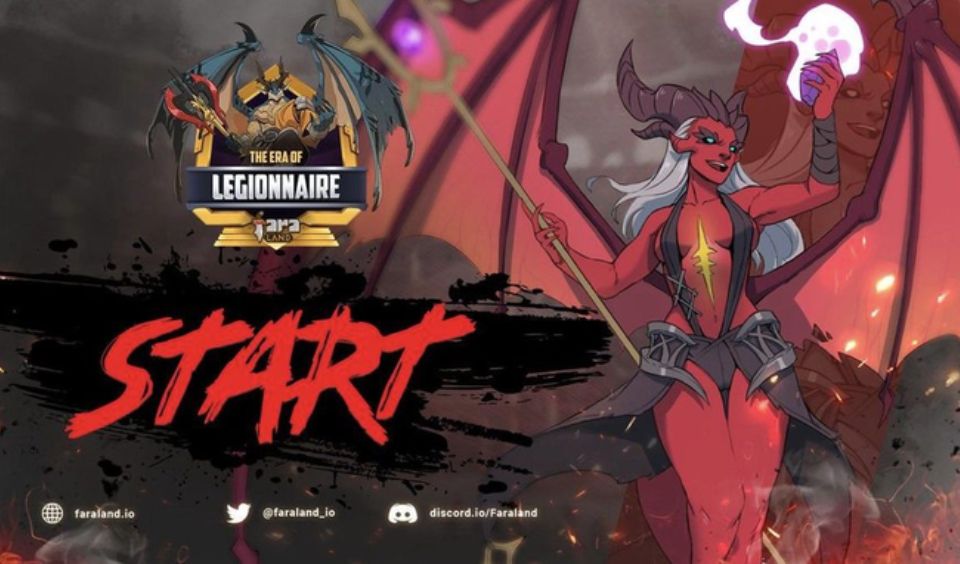 Faraland has launched the Era of Legionnaire Start PVP Tournament. The competition will run for the next 7 days and feature a prize pool 26,700 $FARA. This release comes after the team unveiled the equipment dismantlement feature. In preparation for this contest, the patch v0.2.21b was effected.

To usher in this contest, Faraland deployed the patch v0.2.21b update. Following this upgrade, using the Phantom Strike will result in a Root Effect with a duration of 1 turn. This is a reduction from the previous turns of 2. Similarly, Provoke booster will initiate the Taunted Effect for only 1 turn instead of 2.

Details of the Faraland Era of Legionnaire Start PVP Tournament

The Faraland Era of Legionnaire Start PVP Tournament will run from 8:00 AM UTC on the 18th of January till the same time on the 25th of January 2023. When the competition begins, every player will start with 2000 ELO base points. The mechanism will match players with similar points and winners will gain more points.

The competition will be divided into 2 sections according to every player’s position on the leaderboard. However, this will only take place after the first 20 matches have been completed.

The first category is the Top 50 leaderboard. In this section, players will compete within 0:00, 8:00 and 16:00 UTC. These fixed matches will last for 2 hours. Meanwhile, there will be no anti-buff mechanism or ELO gap during this period. The team will remove these items without notifying affected players. This decision was to ensure that the PVP contest remains as competitive as possible.

The other aspect of the leaderboard involves the use of anti-buff mechanism and limited bots. However, it will only include players within the positions of 51 to 300+. In addition, only participants who complete at least 20 matches will be eligible for rewards.

Meanwhile users can acquire heroes from other players. Those who purchase these avatars will earn ELO according to the points that hero has. On the other hand, gamers will lose 50 ELO if they stay offline for a day. The time will be calculated from 0:00 UTC every day.

Coinary CEO talks about his Vision