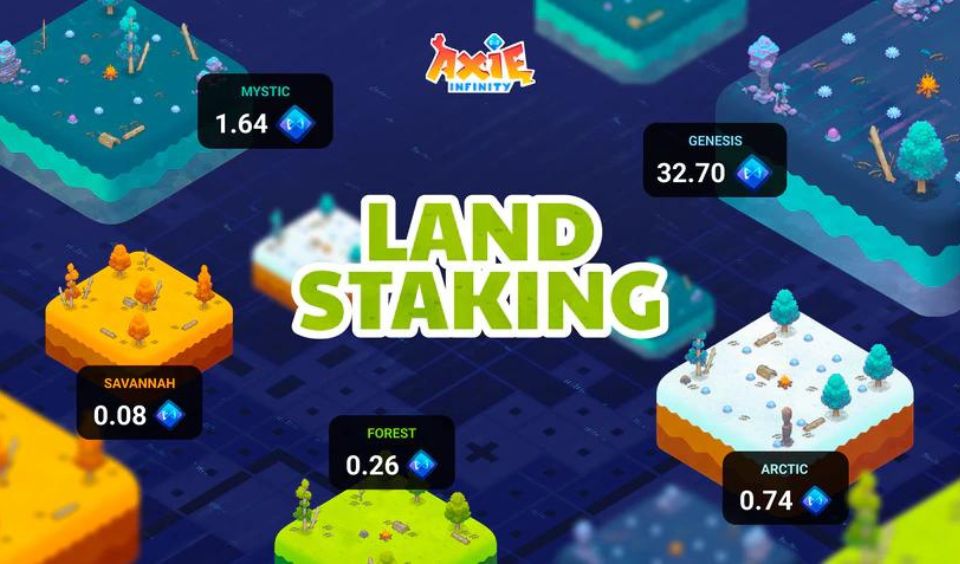 Axie Infinity is launching its land staking event today the 1st of July 2022. This announcement comes after an initial teaser less 24 hours ago, where it highlighted some key points. While issuing this update, it also gave insights to the different benefits that various landowners will receive per plot.

The Axie team is ecstatic to offer this opportune ity to Lunacians. They believe that this is an important step towards ensuring an engaging and rewarding experience for land users. Individuals still want to stake, but do not have NFT plots can buy one from the marketplace. More importantly, participants can stake up to 3 plots of land in one transaction. There is a video tutorial and land staking guide to steer you in the right direction.

To participate in the Axie Infinity Land staking, visit the official website. On that site, there is a dashboard where you can view all the staked plots. This involves the percentage of Savannah, Forest, Arctic, Mystic and Genesis plots that have been added to the pool It also contains other details like the daily rewards and circulating supply.

As stated in the earlier statement, the benefits will not accumulate immediately. Instead, their distribution will begin an hour after the process goes live. More so, investors can access the process via  this block. However, not all the compensations will be available immediately. This is because some of these rewards feature in other areas of gameplay that are not yet ready.

Instead, they will become available to users once those pending aspects go live. However, such compensations will not be generic. Instead, they will be issued to active players. By doing this, the game intends to encourage more active participation. Sky Mavis wants to truly decentralize Axie Infinity. However, it wants to be certain that its community members ensure that its ecosystem continues to grow.

Axie Infinity also launched the phase 2 to Origin. Alongside the launch of the second phase of its ecosystem, the game also released the maiden edition of the Alpha Season.  There will be numerous changes to the course of gameplay to this effect.

More so, the dev team will also be fixing the following bugs: