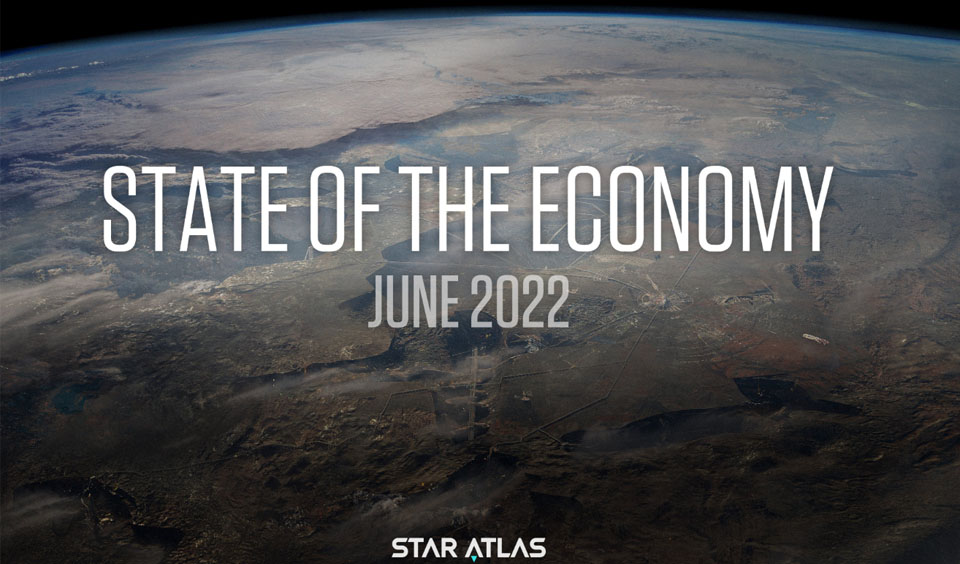 Star Atlas, the renowned next-gen gaming Metaverse, has released its inaugural “Triple-A State of the Economy Report. This is a quarterly report that provides economic insights into the growing ecosystem of Star Atlas.

The report presents an extensive set of data and tools for a closer look at the Star Atlas economy. This report covers details of the first Census in the Star Atlas Universe. It also covers the labor force introduction, which is a major concept in the econometrics of the Metaverse.

According to the research report, Star Atlas contributes about 1% to the adoption of global crypto as of December 2021.

This quarterly publication brings you a birds-eye view of economic activity:

Important Highlights from the State of the Economy Report

According to the CEO of ATMTA, Inc., and Co-Founder of Star Atlas, Michael Wagner, the team is creating a decentralized worldwide virtual nation with a virtual economy for users to participate in. He mentioned that this report will be the first of many as the economic team puts tremendous work into the transformative possibilities of the industry for a global population.

More Highlights from the State of the Economic Report

The available economic paper evaluates participants’ behaviors in the Star Atlas ecosystem. It features a close look at the Faction Fleet, which is the first gameplay module in the Metaverse. It is worth mentioning that the first gameplay module is also referred to as the Ship Commissions on Remote Expeditions, which was released in December 2021.

According to reports, Ship Commissions On Remote Expeditions (SCORE) is resilient despite the high volatility in the wider market this provides the Star Atlas community a strong base for the exploration of the Metaverse, which results in significant growth in the number of players.

Additionally, it makes diversification in different classes possible where users can use the ATLAS to buy more ships. It was also noted that the new labor hours’ supply came majorly from the deposits from XX-small ships, commanding minimal ATLAS wages for each ship.

When these ships are added to the capital stock, the average daily earning for each employed ship was reduced from about 22 ATLAS TO 16.8 ATLAS.

The Football Club Releases a Recap of its First Year