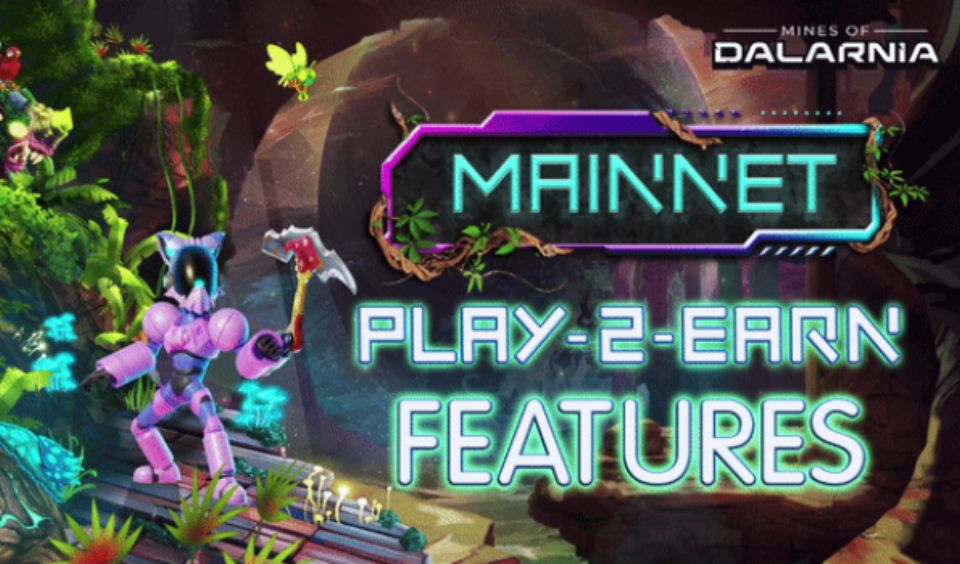 Mines of Dalarnia is set to launch its mainnet on the 26th of April by 2 PM Eastern Time. Upon launch, users will be able to download the game from the official website. With its launch just hours away, here is a preview of the P2E economy and other important features of gameplay.

With the wait for mainnet coming to an end, we take a birds-eye look 👀 at the P2E economy built around Mines of Dalarnia!

Thank you once again, Miners for being a part of this huge milestone! 🤗

Mines of Dalarnia will be integrated into the BNB Chain. As such, their gaming progress and in-game will be saved on that blockchain. To connect to gameplay, first-time users will have to register an account and connect their Metamask wallet to that account. More so, the game will have its own in-game exchange system. Binding their wallet to their account will enable players to trade NFTs and DAR tokens with ease.

Features of the Mines of Dalarnia P2E Mainnet

Upon completing registration, players will have access to the game. After which they will enjoy the following:

Mines of Dalarnia mainnet is an action/adventure mining game that uses a “Freemium” model alongside P2E. With this approach, everyone can mine on certain plots like the Luna Praxis of the moon planet. These mining areas only reward players with only basic materials. The introductory places are not the only plots with resources. There are still other areas like Terra Prime, Terra Simia, and Terra Caldera. However, they will be owned privately by other players.

To gain access to other plots with rare and powerful resources, users will require a mining pass. It allows players to rent a plot for mining and this NFT will cost 20 DAR tokens on the 26th of April. However, there will be further changes in price as time goes on. Asides NFTs, users will be able to trade resources on an automated market maker (AMM) decentralized exchange (DEX).

Players who own Land NFTs in the mainnet will receive DAR tokens whenever other players pay rental fees to mine on their plot. Upon launch, the game will set resource regeneration to zero. Therefore, mining areas will deplete over time as it loses resources. To replenish that land, their owners must buy and use Terraforming Capsules.

In addition, this will give an advantage to active users and encourage them to remain active. Especially considering that it is players who mine more frequently that sustain the game’s economy. As part of sustaining the tokenomics, even landowners will pay a paltry 0.2 DAR every time they engage in mining. Furthermore, Mines of Dalarnia is considering increasing the resource regeneration rate.