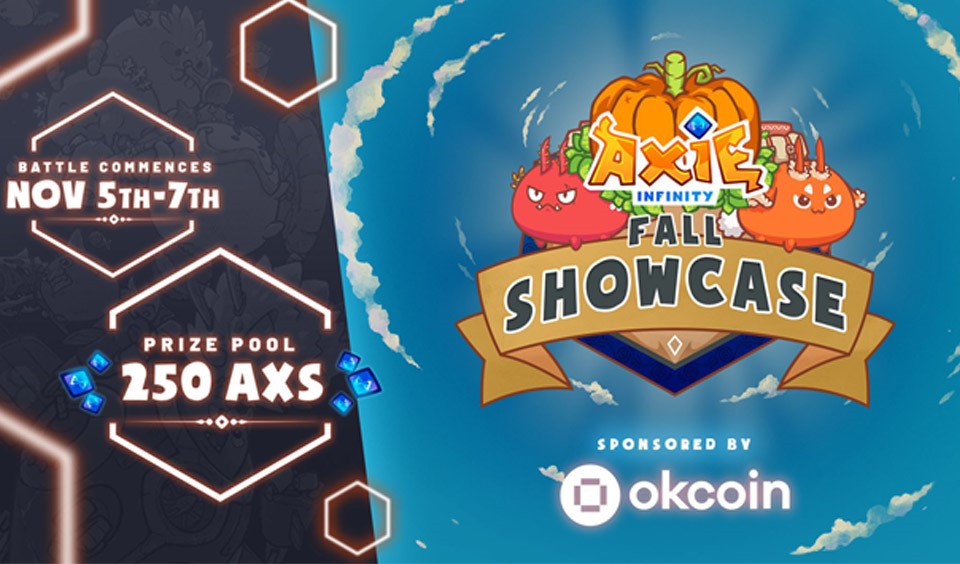 The global earning platform and a renowned tournament organizer, Community Gaming, has partnered with OKcoin, a fast-growing crypto platform, to host the Axie Infinity Fall Showcase. North American players will compete to claim their shares of the prize pool of 250 AXS, an equivalent of $30,000, in a tournament slated to hold between the 5th and 7th of November.

According to Community Gaming, the winnings will be shared among the winners immediately after the end of the game through PayPal. Suffice to mention that over the past thirty days, Sky Mavis’ Axie Infinity has garnered over 2.5 million daily active players and generated about $190 million in revenue within the last thirty days.

The blockchain game has undoubtedly become one of the most popular choices in the industry AND Sky Mavis remains a top leader in the domain of play-to-earn gaming.

Introducing the @AxieInfinity Fall Showcase in partnership with @Okcoin !

How to Register for the Tournament

All they have to do is follow the prompting to complete the registration process. They are also required to have an OKcoin Account and wallet before they can participate in the event. Additionally, they have to be in the Discord to qualify and players that are not in the Discord risk being disqualified because the Discord is where all communications about the event will take place.

Okcoin has expressed its excitement over this collaboration to sponsor the Axie Infinity Fall Showcase tournament. It is important to mention that the tournament will be streamed live all weekend on the Twitch Channel of Community Gaming and the top eight portions of the event would also be featured on the front page of Twitch.

It is interesting to note that this will be the first time a blockchain gaming event is receiving such recognition from the streaming giant platform. In celebrating this milestone in blockchain gaming, Community Gaming and Okcoin will be giving 1 AXS every thirty minutes in the course of the event’s stream. Also, Okcoin has revealed that it will give $30 to users that trade in $10 during the timeframe of the event.