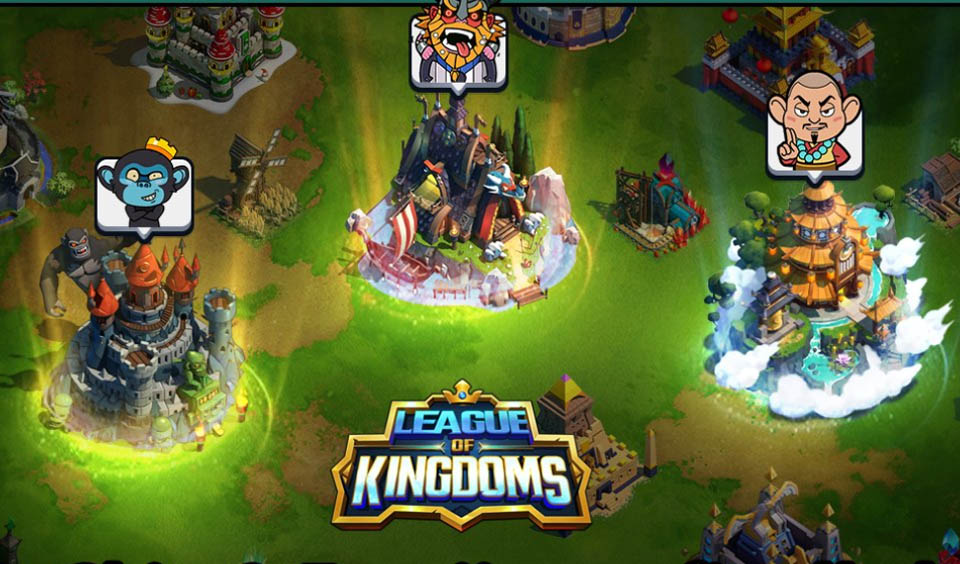 League of Kingdoms is the first MMO strategy game on the blockchain. The game allows players to buy Land, collect NFTs, and farm resources. Players can also go head-to-head against each other to battle for hegemony.

Earning in the game depends on the gamers’ ability to strategize their gameplay and build their kingdoms. League of Kingdoms is a free-to-play game similar to Rise of Kingdoms and Clash of Clans games. The game launched in 2020, and according to Binance, it has over 80,000 active players daily and about 400,000 monthly.

How to Play League of Kingdoms

The primary goal of League of Kingdoms is to build kingdoms and battle against other players. Gamers can also form alliances with other players, farm resources, and collect NFTs. The game is available on mobile devices and browsers. You can sign in to the game through your email, Facebook, Google, or Apple account.

You can also play the game as a Guest. Players do not need to connect their crypto wallets to play. However, if you plan to purchase Land, you must connect your wallet, such as the MetaMask wallet, by following the prompting on the game website. Your task in the game is to develop and grow your kingdom through resource management and defeating rivals.

More about League of Kingdoms Gameplay

League of Kingdoms has many in-game features. You can start the game by developing a small city called Kingdom, which is divided into two – the Interior and Outer Fields. You can mine five resources and use them to create three types of units. Crystals are the most precious resource in the game.

It is used for speeding up the building process and upgrading facilities in the castle. You can earn them through mining or special events and use them for in-game purchases. LOKA is the in-game currency of the League of Kingdoms.

It is a multi-functional utility and governance token for making in-game purchases, upgrading digital assets, and staking. Players can earn it by completing in-game challenges. At the time of this writing, the token is priced at $0.2997, and the current circulating supply is 25,100,100 $LOKA.

How Much Can You Invest in League of Kingdoms?

The amount you invest in League of Kingdoms depends on how much you are willing to stake. As mentioned, a unit of LOKA is $0.2997 at the time of this writing, and you can decide on the volume of LOKA to buy.

Emerging Play-to-Earn Gaming Trends to Watch Out For