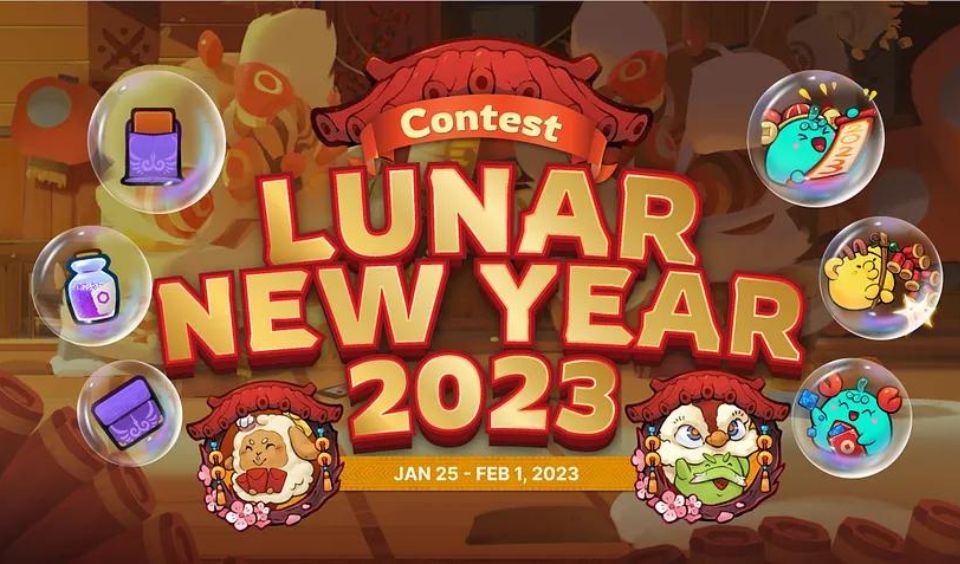 Axie Infinity has launched its Lunar New Year Contest to celebrate the Chinese holiday. Players will be able to earn different prizes by simply engaging in gameplay. Benefits range from power-ups and limited-time in-game characters to stickers and other digital items.

And now an Axie contest?! 🤯

Let’s celebrate this Lunar New Year with a special contest together.

This competition will run from the 25th of January till the 1st of February 2023. During this period, there will be a leaderboard that records the progress of players. There are various missions within the game, and completing them will see users rack up points.

Below are some of the missions:

Note: Before undertaking any of these tasks, ensure to understand them in detail. Some missions reward participants indefinitely. You get the allocated points every time you complete them. While others are limited, and you cannot earn their prizes multiple times.

Participants who complete more missions will climb higher up the ratings and achieve more milestones.

The Sandbox Game Maker 0.8 is Live