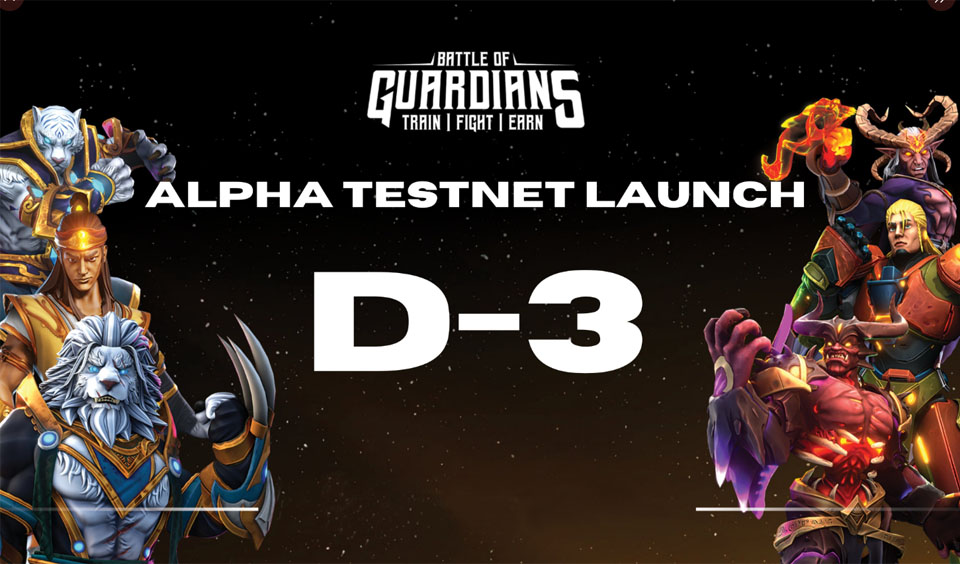 Battle of Guardians (BOG), a real-time multiplayer NFT-based fighting game, is set for the BOG Alpha Testnet launch. According to the game platform, since it released the last demo version earlier in March, the team has been working tirelessly to make the game better.

The work is done and now is the right time to share the latest development with the community. BOG has revealed that the process of producing the fighting game took some time and effort from the team and the result is the creation of over 90 characters and 270 skins.

While there are technical issues that bedeviled the development process, the team has been pushing as fast as it could. Although it took a while, the team is ready to launch the BOG Testnet as its Alpha Version.

Highlights of Updates and Changes to the BOG Version

As of May 2022, the team has worked to improve and update the Battle of Guardians Version and some improvements have been made. Here are the details of the updates and changes made to the game version up to May 2022:

Battle of Guardians developed 27 additional characters to the game. 9 Guardians, 9 Demons, and 9 Humans were added, which makes a total of 30 Characters since the last built. The details of the characters are as follow:

The Battle of Guardians game was developed through learning by doing. Thanks to the feedback from players, the team has enhanced the graphic quality to HDRP for each in-game element, including Character and Arena. The team also improved Marah, Arcton, and Alasdair.

They also added new places on the map, including Eastmon and Soorga. They created Training Map, an option to make the game more simplified. The characters have also been improved with the skins looking more suitable and realistic for all maps.

BOG also made improvements on each character in the game and work is still in progress for the perfection of all characters.

Players can now access the Online PVP Mode of the game. The mode offers players the opportunity to compete with others. This mode also has a rematch option.