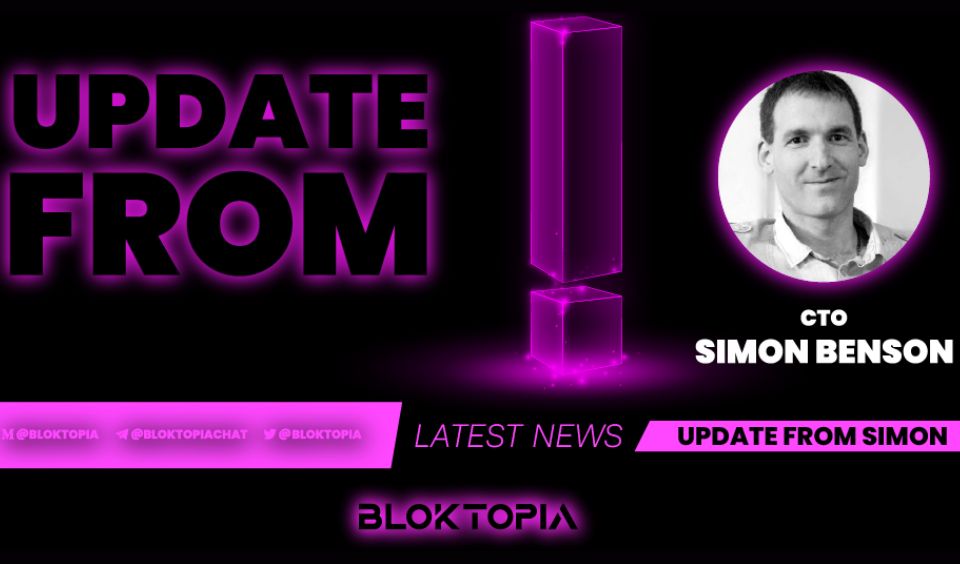 Bloktopia is intimating its community on its progress and plans. However, it is taking it a step further. This is because the CTO is giving an update on the plans for the future. While doing this, he will also be highlighting past achievements of his team members.

We keep on building…

"It has been a hugely productive quarter, definitely the most progressive that we have had to date."

Details of the Update from the Bloktopia CTO

While giving this update, the CTO admitted that it has been a very productive 3 months for Bloktopia. According to Simon Benson, “it is definitely the most progressive that we have had to date”. One of such is the migration of the game’s metaverse to the Unity engine URP stack. With this platform, the virtual world is now compatible with VR devices. As such, he is really pleased with the level of progress.

Besides the transfer, Simon also lauds his team on their delivering on the Land sale. Especially in consideration of the fact that the team were working on a short timeframe. Despite the  complexities of the whole process, they did great, and the outcome was a massive success. Speaking of sales, the second stage of Exodus’s is still ongoing.

In addition, the firm has locked 100s of millions of $BLOK for the purpose of staking. Meanwhile, it intends to burn 50% of the tokens it makes from land sales as this will help give its native token more value. Furthermore, there will be more use cases of the currency going forward. As there are plans to create real value for it.

On the other hand, all these progress have not been without challenges. For example, significant resources and effort have been put into the development of the metaverse. According to Benson, the amount spent was more than intended. The progress is taking a new path. As such, this means that it has to constantly adjust to the demands of the market. By implication, there may be changes to its roadmap.

Bloktopia is a VR skyscraper made up of 21 floors to commemorate 21 million Bitcoin. It will act as a central hub and welcome all levels of crypto experience. For the first time ever, users will have access to crypto information and immersive content all in one place. Players will have the opportunity to educate themselves in the basics of crypto. While doing this, they get to engage in more advanced learning from some world leading minds in the industry. More importantly, they will be earning revenue through real estate ownership & advertising, play games with friends and building networks while doing so.

How to Choose the Right Play-to-Earn Games