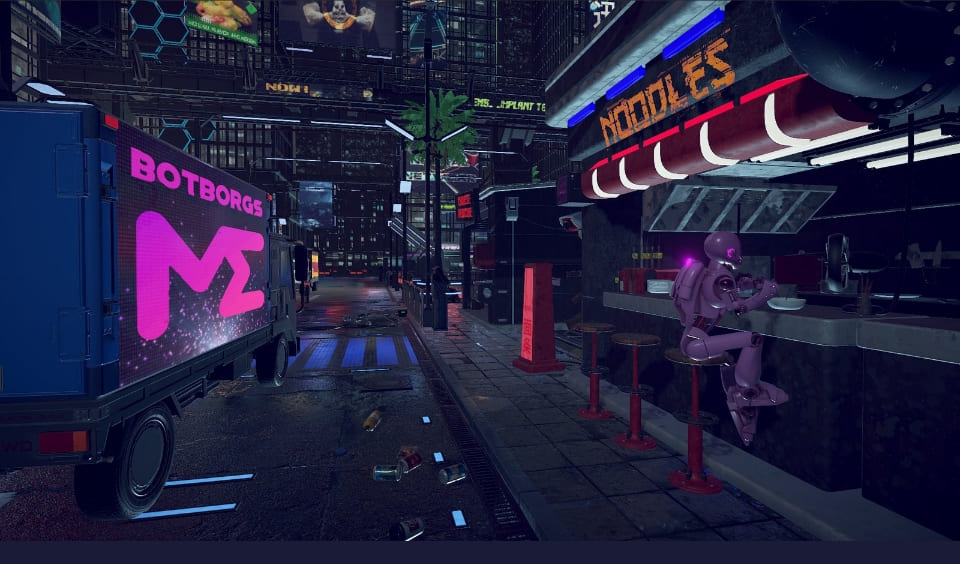 Details of the Borgverse Chronicle #1

As mentioned earlier, this update addresses pressing issues. It includes the benefits of holding $Botborg token. Another issue this release addresses is the FUD spreading amongst its community members. Bot Borg calms it community members by providing insights of its current steps and future plans.

$Botborg offers numerous benefits. This includes both within and outside the game. As regards in-game benefits, holders get to upgrade their in-game assets much faster. This is because they will get double XP, compared to non-holders. With better upgrades on vehicles or digital assets, players have a higher chance of winning the PVP mode. Winning the PVP planets is very important in Bot Borg.

Reason is that winning PVP allows players access to a 24 hours leaderboard. This leaderboard will reset every 24 hours. Once it resets, top performers will receive the game’s native token as rewards. In addition, only users holding $Botborg will be able to rent out their assets and earn passive rewards. Furthermore, Bot Borg is an inter planetary game. Players are able to travel between the different PVP planets.

For some time now, there have been FUD among some Bot Borg community members. The game is reassuring them of its commitment to the project. In the last 24hrs, it has hired 3 new people onto its game development team. It also had a meeting with a highly experienced team that works on game tokenomics for blockchain games. Bot Borg is also setting up YouTube videos/live collaborative discussions to create more awareness about it project.