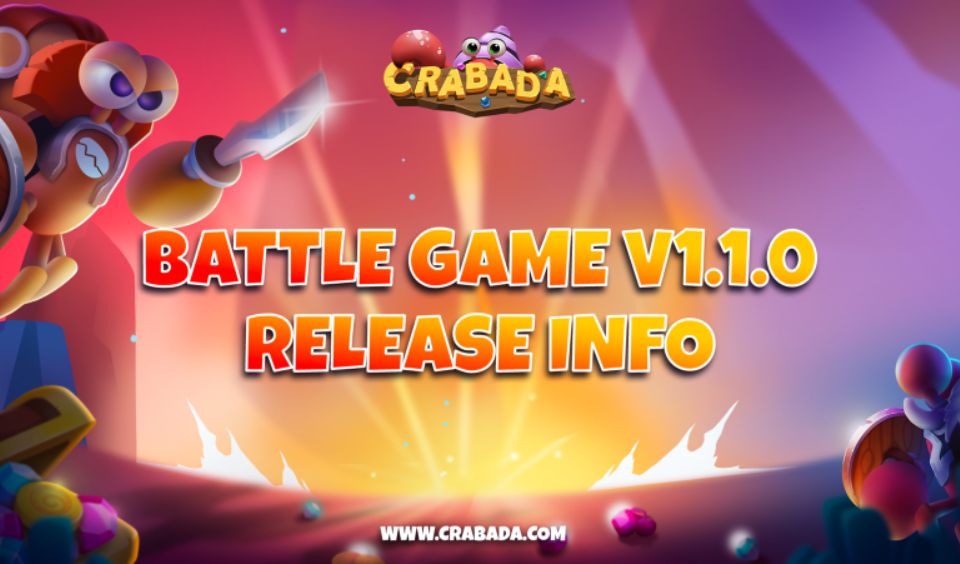 Following an earlier announcement last week, Crabada has launched the Battle Game v1.1.0 update. The upgrade will take place by 7 AM UTC on the 17th of October 2022. This announcement comes just after Arena Challenges for Week 15. Following that release, there will be a 2-hour downtime to effect it across the following platforms:

There is an expected 2HR downtime.

(PS. We've got a nice little surprise for all Crabadians!🎁)

Meanwhile, there may also be expected delays from both Apple App Store and Android PlayStore. It all depends on how long it takes before these platforms approve the Crabada Battle Game v1.1.0 Update. Android device users can download the APK from the website and start playing immediately.

In the meantime, only players with the latest version will enjoy this update. Anyone with editions lower than v1.1.0 will have to install the most recent variant. In the meantime, the team is celebrating this milestone by rewarding players who participated in the Battle Game before this update.

Their compensations include the following:

Gamers do not need to do anything as the gifts will be distributed directly to the eligible persons. After the update, it will be in their inbox when they login to Battle Game.

All You Need to Know About The Crabada Battle Game v1.1.0 Update

The new update will feature substantial in-game changes. Some of these include the following:

Below are the rewards for every Mine/Loot that you complete: