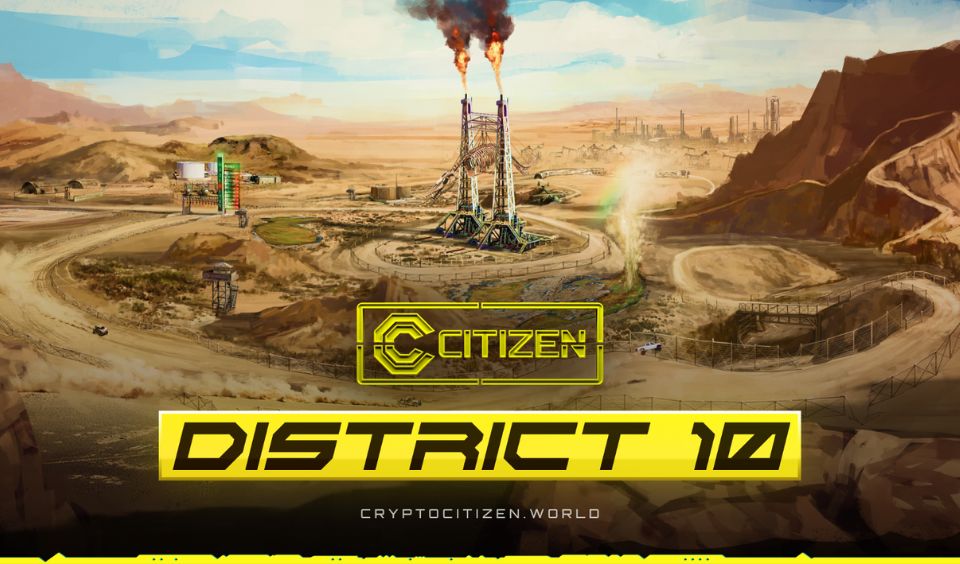 Earlier on, Crypto Citizen introduced District 0. This was the entry point into the CCash metaverse. In that breakdown, it highlighted certain important features of this area. Following that update, it gives users insights into District 10 – the Outerlands.

Welcome to the #Outerlands… 🏜

Details of the Crypto Citizen District 10

As its name states, this is the wasteland of the Crypto Citizen virtual world. It reeks of desperation, poverty, and even death. Located on the outskirts, this is the most desolate place on the Ether Islands. District 10 is full of old crumbling structures like the old bridge connecting different regions. Although it has a tunnel, this passageway is no longer in it. It is infested with scary elements resulting from toxic waste from an experiment in District 9.

Members living in this region are the poorest of the gaming community. So much that even their social life includes cheap bars, participating in drag races and watching others fight to the death in a local arena. Despite their efforts, the money they earn is only enough for them to afford some synthetic food. Those who have it worse are the mine workers who may toil there all their lives.

Speaking of which, the Korpo syndicate owns the mines. They extract the metals here for processing in factories of D7. The outerlands is so terrible a place that everyone wants to leave. Luckily for the inhabitants, there is an opportunity to leave there if they raise their rankings. This is why they will cheat, bully, abuse and kill each other to increase their ratings.

Activities to Participate in this District

However, life was not always terrible in this region. Before it became what it is, the outerlands were a travelling hub. This was where Terra aeroplanes would bring Ether Island’s first inhabitants. These persons were soon followed by those who listened to their promises. Then came those who could not live with the peace and regulation of Terra and were able to locate the island.

Soon enough, the area became hidden, and the airport became useless. To engage themselves, a community of thugs launched the drag races. They scavenge for leftovers of old planes and build old-fashoned engines. To power their vehicles, they get fuels from the area’s old oil refineries.

Contrary to popular belief, these races are not just limited to communities in the wastelands. High-ranking citizens from New Vegas join by following a pass in the mountains to the north. They built a ring, where they bring their nice cars to compete.