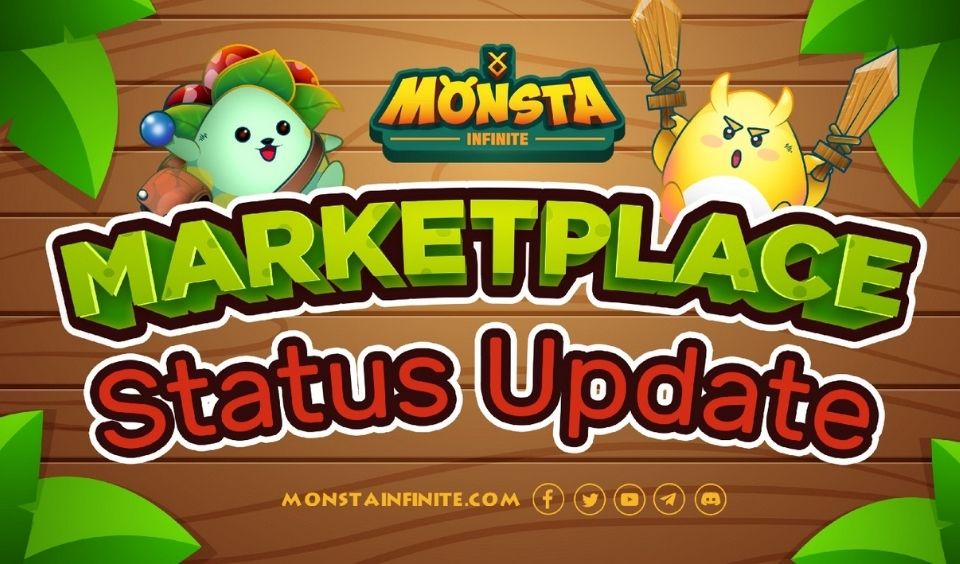 After the crash of its platform just hours before the official launch, Monsta Infinite releases an official update. This updates comes after it cancels the sale of MONI-STT and postponed the sale indefinitely. The cancellation and postponement of this event created fear, uncertainty and doubt amongst the Monsta community. To allay the fears of its members, the game is issuing an official marketplace status update.

Reason for the Crash

In the initial update on the 22nd of October, it identified the spike in traffic as the reason for the crash. In the recent release on the 25th of October, it gave further insights to the crash. The game had to shift the release time in a bid to prepare itself for the spike in traffic. Despite changing the time, the development team still noticed that there was still pending problems.

It became clear that the server could not hold the 103 million requests from the community. This level of request is the same as that of Facebook and other similar websites. With this level of traffic, it was not surprising that the marketplace crashed. Along with the marketplace, all the nodes equally crashed. The reason for issuing an indefinite postponement was to avoid any rush or prone-to-fail quick fixes.

To compensate the community members for this setback, the game gave away tokens to certain members. It used screenshots of their wallets to ensure that the process was fair.

After carefully analyzing and assessing the situation, the game seems to have found the solution. In this regard, it will be investing one million dollars to resolve this issue. The money will fund the rejuvenating process of building a long lasting project for its community. After this update, players will able to enjoy seamless and premium user experience on the platform.

The company is reassuring its community members that the wait may not be long at all. This upgrade will be ready in no time as the development team are already working to resolve the issue. Monsta is certain that it will resolve the marketplace issue by the 28th of October. To prove this, it will be launching a “view only” version of its marketplace on the 29th of October. Members can access the marketplace on that day, but will not be able to make any purchases.