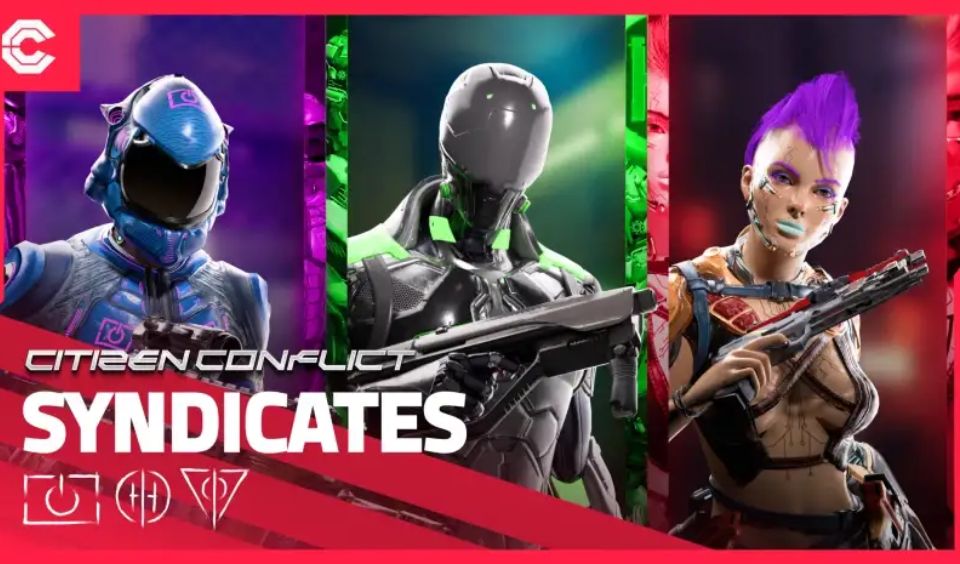 Earlier, Crypto Citizen shared the “Rise of Ether” – storyline of how the gameplay began. As a sequel to that release, the team unveils the Syndicates of Ether Island. This gives players insights into the history of different ruling classes they will encounter while playing.

Did the syndicates catch your attention? 🤔

Contrary to their expectations, those who ran from the strict rules of Terra government did not find the paradise they hoped for. Instead, things got even more disturbing as nobody adhered to rules. With no regard for morality, people soon became “Extortionists, Deranged Geeks, and Bloodthirsty Scums“. It became worse, because only the evil and vile people thrived.

The Different Syndicates of Ether Island

With time, the cruel individuals soon discovered that they can reign over the new world. They soon began to assume leadership roles by organizing themselves into syndicates. It was not long enough before the different factions began ruling various parts of Ether Island.

Without much ado, below are the mob families:

This group comprises the rich individuals who made significant wealth when humans and machines interacted. They include former bankers, brokers, lawyers, rich families, etc. Regardless of their profession, they are all greedy, ruthless and driving members of The Order of Meta who were empowered to continue their rule. Before retreating into the shadows (where they rule till this day), members of the old order left their mark. They built factories large buildings, mines and other gigantic structures in Metropolit City – where they reside.

While the rich and powerful started from the main scene, members of the hackhunters always operated from the shadows. Members of this faction are computer hackers, neuroscientists, biochemical engineers and geeks. Like the earlier mentioned individuals, these geeks also have an affinity to machines. However, they are more dangerous than KORPO Syndicate because they do not interact with machines for the profits. From hacking, AI integration to body enhancement and redesigning, this syndicate means business. They control the Ether Island underground world in a ghost-like manner from the South Moon district and move like smoke. Their victims never see them coming.

Unlike the first two groups, these set of individuals are crude, violent and at the bottom of the social pyramid. They are mostly neglected kids of drug junkies and jobless individuals who turned down jobs in the mines. With links to the Whaleland districts, this faction did not begin as a syndicate. They realized that drug abuse killed their parents and decided to befriend influential people running bars, blubs and brothels. In no time, they turned violence into a profitable business by organizing street combats, drag races and running prostitution rings.

Others News of the Syndicates of Ether Island

While unveiling the Syndicates of Ether Island, Crypto Citizen revealed the full storyline. The team also opened the Alpha Test key registration portal for interested individuals who want to join the upcoming testnet.