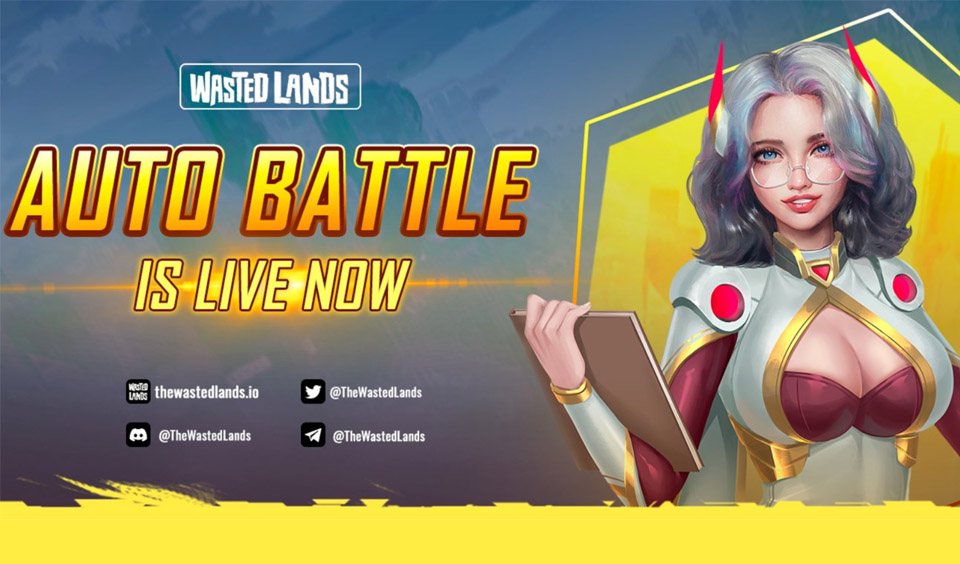 The puzzle RPG play-to-earn strategy game, The Wasted Lands, has announced the official launch of its auto-battle feature. With this feature, all a player needs to battle is to press a single button. It is worth mentioning that the feature requires players to stake $WAL to use it.

Highlights of the Auto Battle Mechanism

According to the game platform, players can use the Auto-Battle feature during the Arena Season, and only accessible to VIP players. VIP users are those with staked $WAL. To qualify to use this feature, players must stake a minimum of 500 $WAL to obtain the Bronze level and use the feature.

🔥💥Shout out to our community

👉 Stake #WAL to use this feature: https://t.co/J5mcoUL3rG

How to Stake the WAL Token

You need a BEP-20 compatible wallet, such as MetaMask to stake your WAL token. You must also have enough $WAL, which should be a minimum of 500 units to upgrade to at least the Bronze level. Additionally, you need some BNB tokens for the gas fees. With this, you can follow the steps below to stake your WAL token:

How to Use the Auto-Battle Feature

The first step is to stake the WAL token. After this, the player can log in to the game platform and click on the “Auto Battle” button to begin using the Auto-Battle feature. The Wasted Lands revealed players can choose a specific squad to use for the Auto Battle mode.

Players must understand that the squad will remain under the control of the smart AI for battle until the end of the battle. The game platform also emphasized that users can only utilize the “Auto Battle” feature in the battle. That means players can only turn on the auto button separately for each battle.

Users must click the “turn on” button to start a new battle. Players must know they cannot use the Auto-Battle feature again when they run out of stamina for the day. According to The Wasted Lands, creating the Auto-Battle feature was an exciting challenge for the team as the goal is to offer a more convenient and exciting experience for players on the platform.

Gunstar Metaverse Opens Applications for 50 Scholarships in Its Academy

The Sandbox to Give Exclusive Rewards to Avatar Holders